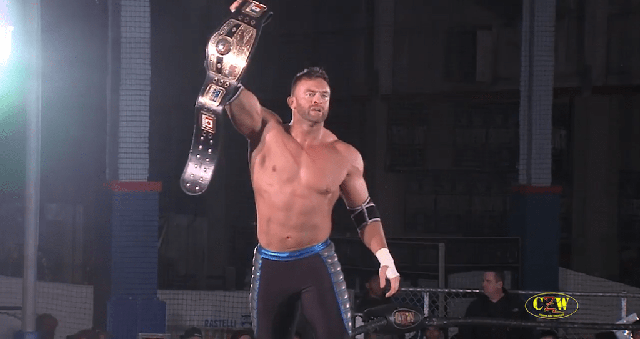 Cody Rhodes initially sent out the challenge to NWA Champion Nick Aldis, asking the face of the NWA for a title match at his September event All In. Aldis told Cody that he had the match…should he bring the ROH World Championship with him.

At the time, Cody had a title match set up with Dalton Castle. The match would eventually turn into a triple threat including “The Villain” Marty Scurll, and Castle walked out of the match victorious. Cody’s second shot at the ROH World Title, and by proxy, the NWA Heavyweight Championship, came during a title match at a TV taping, including Matt Taven and Jay Lethal.

Cody came up short yet again, and as Jay Lethal walked away with the title, so too did The American Nightmare’s hopes of the NWA Heavyweight Championship match at All In.

That doesn’t mean the title won’t be at the event, however.

The surprise on @RealNickAldis face when he found out the news about @TheFlipGordon. What will @CodyRhodes reaction be?

Nick Aldis and the NWA revealed today on Twitter that the champ will defend his championship against Flip Gordon at ROH’s Honor For All event on July 20.

Flip has been trying to get added to the card of All In almost since it was announced. However, he may have just found his golden ticket in the form of the ten pounds of gold.

Oh, yeah. Cody isn’t too thrilled about it.