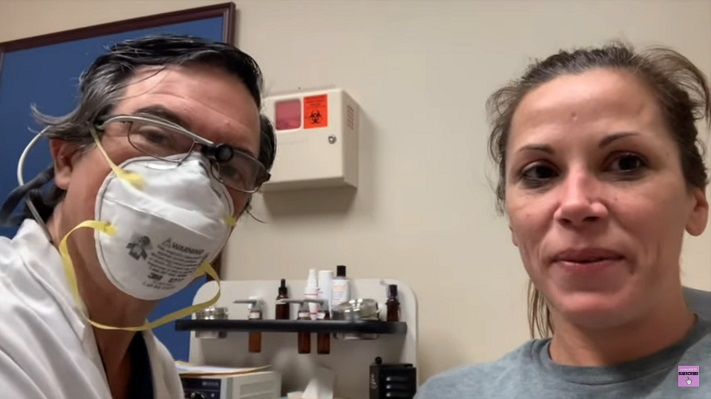 Mickie James hasn’t been seen on WWE TV in recent weeks and as it turns out, the former champion is actually out of action due to an injury.

James revealed on her YouTube channel recently that she has been out of action due to a nose injury and confirmed that she will have to stay on the shelf for a couple more weeks:

“So, [I] legit broke my nose in a match, and now I can’t wrestle for a couple of weeks, unfortunately that sucks. It wasn’t severe. It wasn’t like my nose was blasted across my face. It was more like a curve and I can’t breathe out the one side and I’ll be honest, I thought it was gonna be a lot more painful, to get it fixed.”

Mickie James challenged the Raw Women’s Champion Asuka for her title during the September 14 episode of the Red Brand but the match was stopped early by the referee who thought that James was legitimately injured.

The former women’s champion then lost a #1 contenders match to Zelina Vega the next week on Raw and she hasn’t been seen on WWE TV since then.