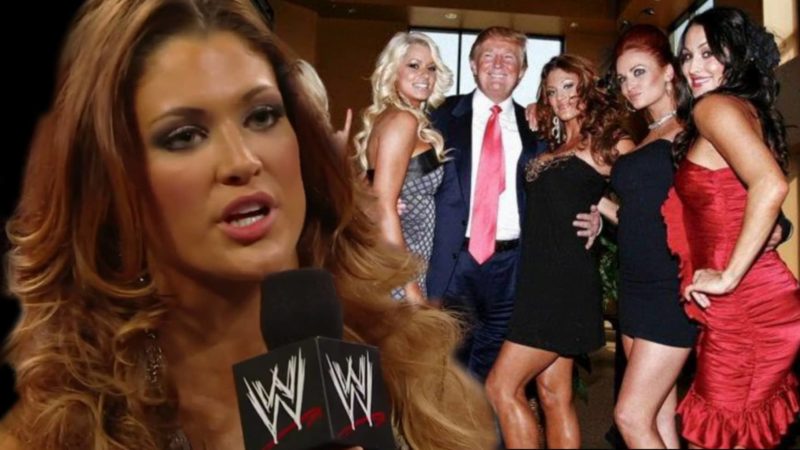 The President of the United States of America and WWE Hall of Famer Donald Trump is a tremendously controversial figure.

Trump made appearances for WWE in 2009 which also included his infamous Hair vs Hair match against WWE CEO Vince McMahon. He won the match and McMahon had to go bald in the iconic post-match segment of their match.

In an Instagram post, former Divas Champion Eve Torres has come forward with a huge accusation against the President. Torres said that even though Donald Trump didn’t know her, he tried to forcefully grab her in a photo.

Torres went on to say that although she played her part as the “eye-candy” for that picture, looking back at it makes her uncomfortable. Torres posted the picture that she was talking about along with a video that talks about inappropriate hugs.

(Swipe right to see the picture in question):

Happy Presidents Day. ⁣ I look forward to having a president who doesn’t grope or objectify women. I have taken pictures with thousands of men at military bases, at WWE events, and signings, and very few have grabbed me and pulled me in as forcefully as he did without knowing me. Of course, at the time I believed it was my job to be eye candy in a photo for this supposed billionaire, and play along. It is actually hard for me to see that photo because it reminds me of my beliefs about my worth at the time. Swipe to see what I mean. Swipe again for a brush up on Creepy Hug Defenses including the Inappropriate Photo Squeeze. ⁣ PS The pregnancy announcement is old so no I’m not pregnant again. Also, this was scary for me to post but it’s been on my mind. We haven’t forgotten about your p+$$y grabbing, Mr. President.