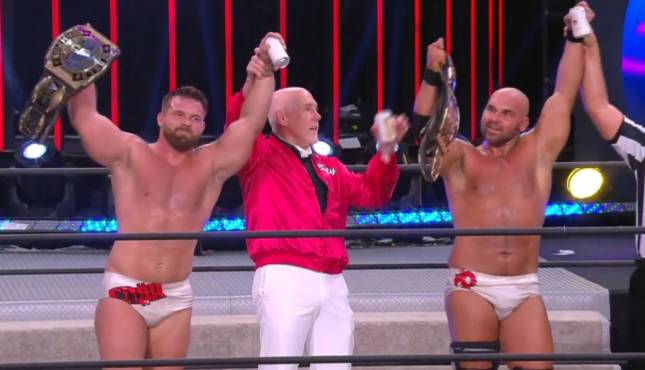 Kenny Omega and Adam Page defended their AEW World Tag Team Championships against FTR at AEW All Out. There was rising tension between Omega and Page in the shows leading up to the event. Fans were worried whether the two would be able to carry on as a cohesive unit and it seems their fears were not unfounded.

The match was intense from start to finish as both teams gave it their all. FTR were at the top of their game during the title match. They were determined to win the gold no matter what and that is exactly what they did.

The closing moments of the match saw FTR hit the spike piledriver on Adam Page for the win. Thus they became the new AEW Tag Team Champions.

Neither Page nor Omega turned on each other, but Omega did not help Page after he collapsed in the ring. Omega walked away with the Young Bucks and said that he was done and that it was “time for a clean sweep, time for a clean break.”

We will have to see what is next in store for Adam Page and Kenny Omega.