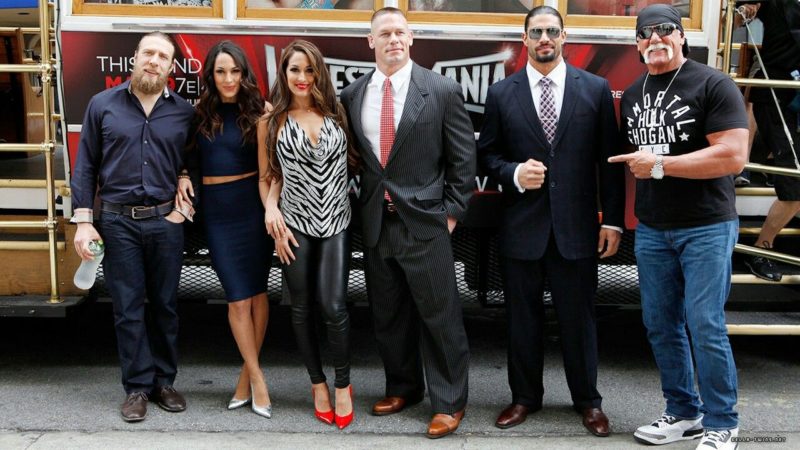 Hulk Hogan and the NWO, along with Brie and Nikki Bella were inducted to the WWE’s Hall of Fame classes of 2020 and 2021 respectively. However, it was the off-air antics that were particularly noteworthy as Hogan revealed to E News that he had a hard time telling the two apart, even going as far as confusing Brie for her sister during the event. Hulk Hogan is slated to co-host WWE WrestleMania with Titus O’Neil who was honored at the WWE Hall of Fame as the 2020 Warrior Award recipient. Credit to to E for the following quotes. Hulk Hogan was ‘replaced’ by a big name as WrestleMania host.

In an exclusive discussion with the outlet, the WWE icon and co-host for the upcoming WrestleMania 37 mega-event stated: “I also have been able to tell Brie and Nikki apart. It’s really easy. “I’m sitting there talking to Brie asking about, you know, being a first-time mom with her son and she stopped me, and she goes, ‘Terry, you’re talking to Brie. I’m not Nikki.'”