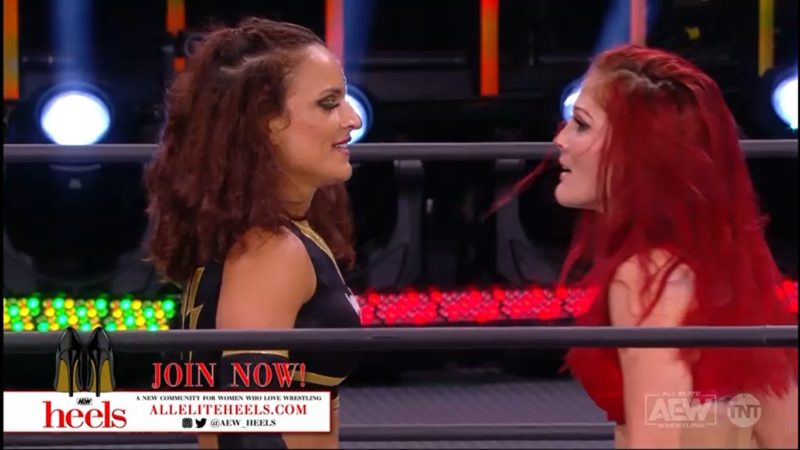 Former Lucha Underground star Ivelisse has confirmed that she has officially signed with All Elite Wrestling. Ivelisse spoke to Pro Wrestling Junkies and stated that the experience with the company was less stressful than her previous time with the likes of the aforementioned Lucha Underground.

“Actually, since you asked – I haven’t been able to officially confirm anywhere yet, but I can confirm right now– and I asked if it was okay – that I am indeed signed to AEW,” Ivelisse revealed. “Honestly, when that moment came, it was very emotional for me. Through the last couple of years have been really tough for me for so many reasons. Number one, the Lucha Underground thing and being kept through our contracts and all of that.”

Ivelisse previously worked a match for AEW on Dark back in September. The former LU star faced NWA Women’s Champion Thunder Rosa and an altercation took place prior to the bout beginning. Reportedly the two women threw very real strikes during their match, so it is interesting that Ivelisse has been signed for the company even following this incident.

credit Pro Wrestling Junkies and a h/t to Wrestling Inc. for the transcription.