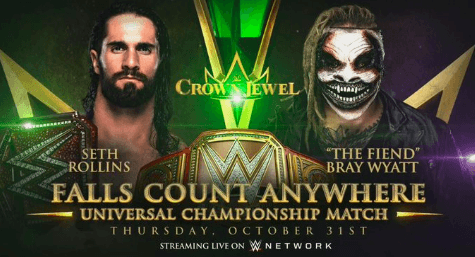 As reported earlier, Seth Rollins is set to defend his Universal Title against the Fiend Bray Wyatt at the upcoming Crown Jewel event. The two rivals have some unfinished business from their match at Hell in a Cell which ended without a definite conclusion.

Now, a stipulation has been added to their match at Crown Jewel. This contest will not only have a Falls Count Anywhere stipulation but an additional stipulation states that the match “Can’t be stopped for any reason”.

The next title match between Seth Rollins and The Fiend “can’t be stopped for any reason.” pic.twitter.com/d4OFB8ArwP

This might be a direct consequence of the widespread backlash from the fans that the company received after the controversial ending from Hell in a Cell. Now, this rivalry has a chance to redeem itself with these new additional stipulations.