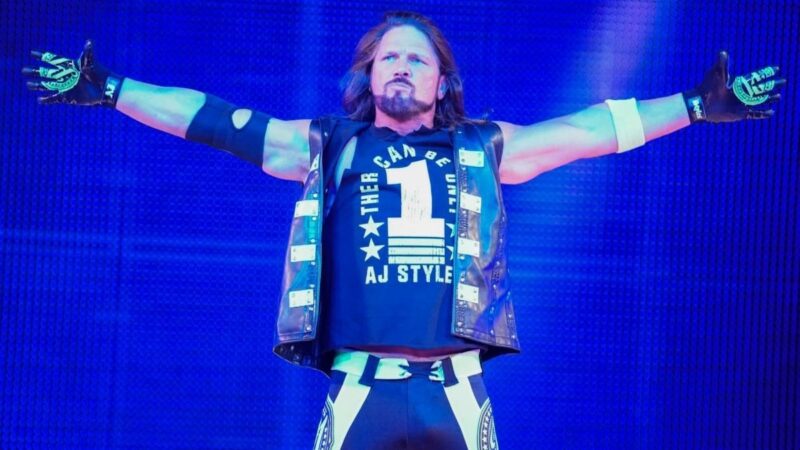 AJ Styles is one of the hottest names in WWE and he is a former two-time WWE Champion. It will be a major blow for the company if ‘The Phenomenal One’ part ways with the company. But, thanks to his multi-year contract, he is unlikely to depart anytime soon as per the reports. It was also previously speculated that AJ Styles might be moving to AEW.

AJ Styles is not leaving WWE

‘The Phenomenal One’ has been a part of the company for six years, having debuted at the 2016 Royal Rumble. In his stint with WWE, Styles has won several Titles and is already a Grand Slam champion. He also recently held the WWE RAW Tag-Team Championships with Omos, with whom he is currently involved in a feud.

In a recent Wrestling Observer Radio show, Dave Meltzer stated that Styles signed a three or five-year deal and is a “lifer” for the company, thereby, indicating that he is not leaving the company anytime soon:

“No, he’s not going anywhere. He just signed, I don’t know if it’s a 3 or a 5 [year deal]. It wasn’t that long ago when he signed it. He’s not going anywhere. He had the chance to go if he wanted to but he was not interested. There were certainly overtures made for him and they were good money overtures but he’s in his mind, I think he’s a lifer there. Whether that’s the right or wrong call, I couldn’t tell you,” said Meltzer.

When he signed his contract in 2019, the former WWE Champion stated that it would be his last contract in pro wrestling. He said he wanted to spend more time with his children as the main reason for ending his in-ring career. AJ spent the majority of his career in TNA, from 2002 to his final appearance in early 2014 before leaving for NJPW, and later signing with WWE.