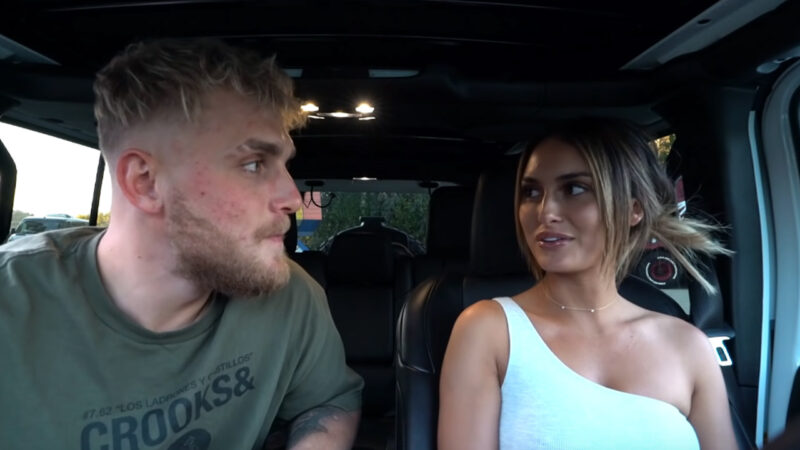 The YouTuber turned pro boxer Jake Paul recently joined in for an  interview with ET’s Katie Krause. He went on to confirm that he is back together with Julia Rose. She then got down on one knee and proposed the YouTube star in front of the camera.

Jake Paul and Julia Rose are get together

Julia was also spotted with Jake at his press conference for his upcoming Showtime boxing match against Tyron Woodley, which will take place on Aug. 29.

Jake was asked about rumors that he cheated on her, “A lot of rumors are just made up.” Julia said, “No!” Floyd Mayweather Leaks ‘Crazy’ Conor McGregor Gift

She added after she pressed about accusing Jake of an affair on a podcast, “I did make some claims. [I was talking about] that other Jake Paul.”

Last year when Julia made an appearance on Impaulsive, she had mentioned that her relationship with Jake got strained because of many reasons. Hence, they both had decided to part ways with a mutual understanding.

The guys had asked Julia about her relationship status with Jake. She said:

“I fuc*ing adore Jake. And he is genuinely what makes me happy. He is genuinely my best friend. He is the person I can make pasta with at 3 a.m and stay awake till 5 a.m laughing with.”