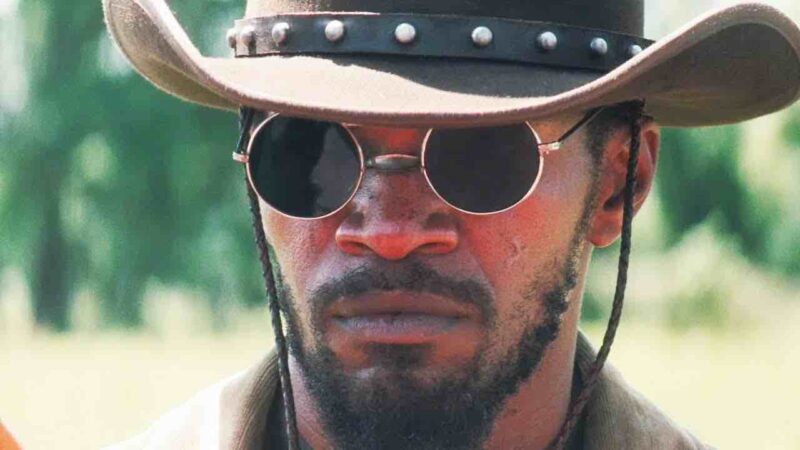 UFC President Dana White recently sparked controversy. His actions on New Year’s Eve certainly drew attention of many. The UFC head honcho was celebrating the turn of the year with his wife, Anne, and the couple got into an altercation resulting in both of them slapping each other.

White has faced heavy criticism from fans for being hypocritical and raising his hand to a woman, something he has advocated against in the past. Jamie Foxx is the latest to add his voice to the growing criticism surrounding White.

“Dana White‘s ENTIRE LIFE is immersed in brutal, physical violence, he’s amassed a fortune from it. Where are the salacious headlines?? Where’s the pressure?? Ohhhhh, he apologized🙄 #WhitePrivilege (PUN INTENDED) scores a 1st round knockout yet again. #TeamDL”

American actor Jamie Foxx replied to Hughley on his Instagram post and seemed to resonate with the latter’s views on media bias towards Dana White. Foxx wrote:

It has been noted that actor D.L. Hughley is not the only one in believing that White has benefited from a lack of media outrage. Former ESPN sportswriter Dan Le Batard also ranted about the same on his podcast, LeBatardShow:

“I am curious how ESPN is going to cover the news of Dana White and the video of him slapping his wife at New Year’s festivities. Apologizing, saying there’s no excuse, saying that he had been drinking. If it had been Roger Goodell or an owner of an NFL team, I imagine it would be covered with a great deal of zeal… There needs to be a media outrage about this in order for this to have consequences. They are the worldwide leader in sports!” 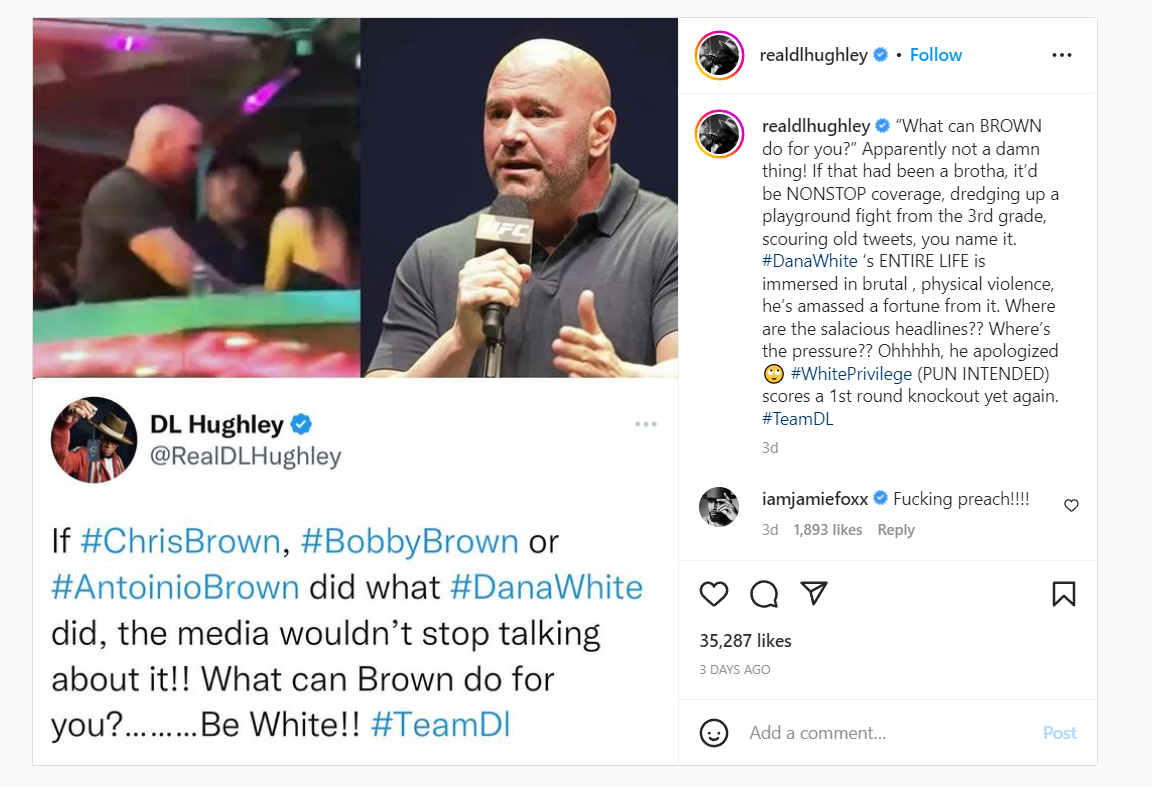