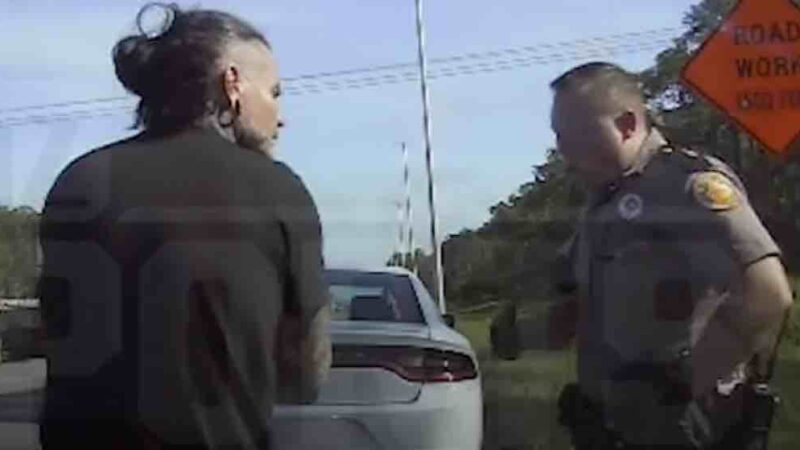 The veteran AEW star Jeff Hardy was recently arrested for DUI. He has had a history of DUI arrests and his struggles with drugs and alcohol. This matter has been well documented over the years and the nightmare is not over for him. Fans had hoped that he cleaned up, but that is seemingly not the case. The AEW star was arrested and hit for having a BAC of .294 during his recent arrest. A court date was set up for June 14th after he posted bail on June 13th. As per the reports, Jeff Hardy’s appearance in court has been cancelled. 1st Coast Bail Bonds & Surety handled his $3,500 bond. It turns out his family has been dragged to the matter as well.


Now, the video clip of his arrest has come to light.

TMZ recently revealed the video clip that which shows three police officers draw their weapons on the AEW wrestler.

An officer can be seen approaching the passenger’s side door of the vehicle and then quickly pointing his firearm towards Hardy in the driver’s seat. A second officer then approaches with his gun drawn as well. A third officer also approaches before Jeff exits the car.

“We got several 911 calls on you,” an officer can be heard saying. “Do you know why we might have gotten some calls?”

“You were all over the road, what’s going on with that?” The officer asked before saying he can’t hear Hardy’s response.

The officer would later say that they got three or four 911 calls reporting Hardy’s driving. Hardy also mentioned that he has a doctor’s appointment upcoming to have a brain scan. Later in the video, he admits to having drank shots of Fireball before getting behind the wheel. The video clip concluded with one of the officers informing Hardy he is under arrest and noted the time is 9:54 a.m. Arrest records from Volusia County show he was booked in at 12:45 later that day.