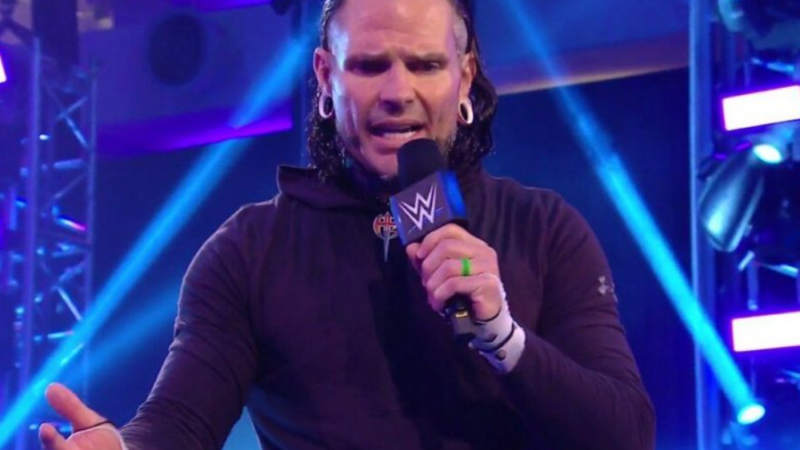 Jeff Hardy could have been retired this week had he not won his match against Cedric Alexander. This was probably one of Hardy’s first wins in a very long time. We are all so used to seeing Jeff Hardy getting buried by Vince and company that this was quite a shock. There may be a huge reason for this though…Lana Says WWE Star ‘Happy’ With Firing.

Jeff Hardy faced Cedric Alexander this week on Raw, but before the bell, a stipulation was added. If Hardy lost the match, then he would be forced to retire. This match made a lot of people scratch their heads in wonderment at what is going on within WWE.

Via Ringside News, word has come out that Vince McMahon has been “beating up the writers and producers” over suggestions for “cold matches” as of late. Vince does not want to have matches just to fill time on TV. Vince wants to ensure that every match tells a story.

As wild as it may sound, many are actually in agreement with Vince on this one. The issue arises when you have to make a really rough idea of a story for a match and then it just gets winged and then it looks like a fumble of a match.