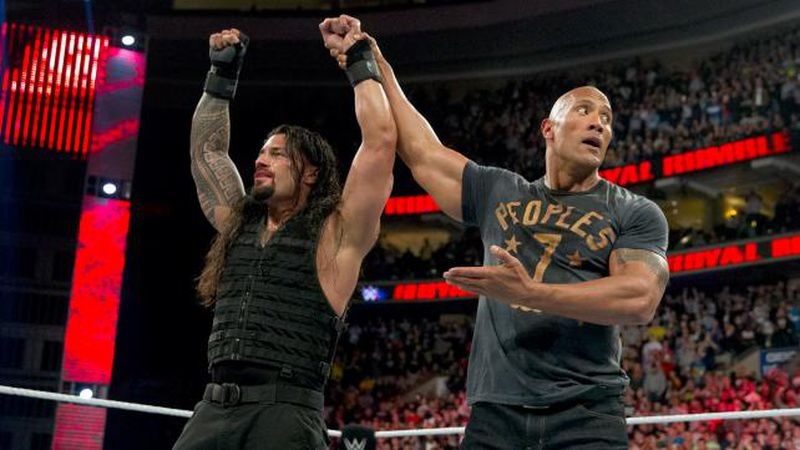 There has been a lot of talk about a potential match between Roman Reigns and The Rock in the last few months and Jim Ross recently revealed his thoughts on the matter.

The former WWE commentator talked about things like the Samoan Dynasty, recruiting Umaga to WWE and his short career and more on the latest episode of his Grilling JR Podcast.

Discussing a potential match between Reigns and The Rock, the AEW commentator said that people are coveting this bout but it all depends on the Great One:

“People are coveting a Rock vs. Roman Reigns match somewhere down the road. I don’t know if it will ever happen, there’s a chance, but it’s all up to The Rock. It isn’t up to anybody else, it’s up to him.” said Jim Ross, “His schedule is so crazy, he can’t afford to get hurt because he’s going to lose millions of dollars if he can’t work. Not that he’ll go broke, but nonetheless, he’s special.”

Would you like to see a match between Roman Reigns and The Rock at next year’s edition of WrestleMania? Let us know your thoughts in the comment section below.