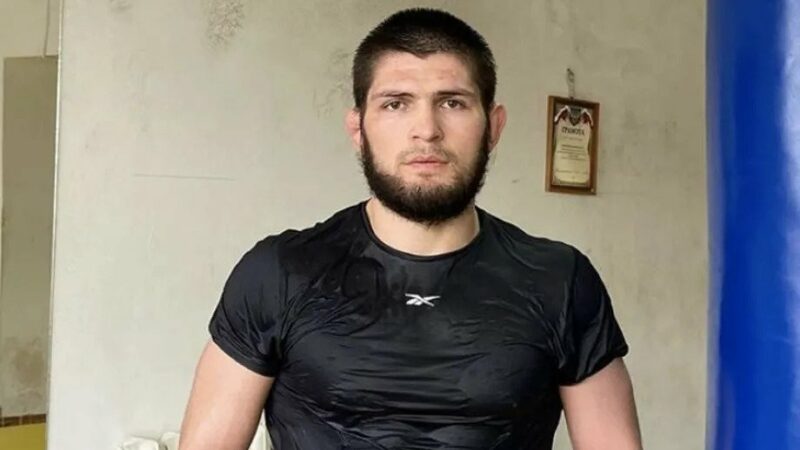 Speaking to Usman on the JRE (Joe Rogan Experience) podcast, Rogan notably opined that combat sports athletes experience some of their life’s greatest moments during their fighting career.

“One thousand percent. Everything is a lesson for me. I’m just blessed to be able to still be able to do it. And I talk to my friends, which I consider like big brothers – Daniel Cormier and these guys.”

“And Daniel is like, ‘Yo, when you stop, this s**t stops. It just stops. And you feel it ‘cause as an elite athlete, you feel that.’ And I think some of these guys are still chasing that. I mean, Conor [McGregor] is still chasing that. He loves that feeling, which, you know, more power to him if he can still get there.”

“What is Charles Oliveira beats Islam Makhachev? What happens then? What is he submits him and he calls out Khabib?”

Responding to Rogan, Usman claimed that the chances of Khabib Nurmagomedov making 155 lbs again are bleak. Comparing Nurmagomedov to a bear, ‘The Nigerian Nightmare’ stated that the former lightweight king is a legitimate light heavyweight at this point. Usman told Rogan: