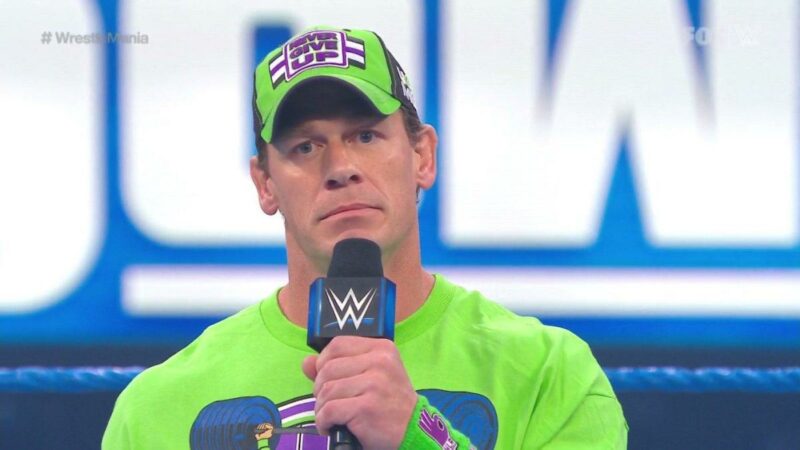 John Cena recently made his return to WWE and feuding with WWE Universal Champion Roman Reigns. Finna Balor recently got in the mix when Reigns had accepted his challenge. But, during the contract signing, it was Cena who signed his name on the paper.

Now, ‘The Prince’ is not giving up hopes to challenge Roman Reigns for the Universal Championship at WWE SummerSlam on August 21. Chris Jericho Reveals WWE Appearance Tonight?

Finn Balor could be added to John Cena vs Roman Reigns

Reigns vs. Cena has been announced for WWE SummerSlam but Balor told The Independent’s Oliver Browning that he is prepared to face both men at the event.

“I don’t care if it’s a Triple Threat, Roman vs. Finn vs. John,” Balor said. “I’m cool with it. That title match is rightfully mine. We don’t deserve anything in this life. You’ve got to work for it, earn it and fight for it. I do feel that a championship match vs. Roman Reigns is something I have earned. I deserve that opportunity to prove to everybody in the ring, without talk, when the bell rings, that we can settle it.”

The first WWE Universal Championship is confident for the potential match with Reigns. He recently made a return to the main roster after a stint in NXT with the aim to capture the Universal title. He said:

“I’m on a level to compete with anyone in the world,” Balor added. “It doesn’t matter if it’s John Cena or Roman Reigns. I’ve proven for 21 years that I belong in this business, I can perform at the top level and knock it out of the park.”

WWE has turned high-profile singles matches into Triple Threat matches in the past. Earlier this year, Roman Reigns was supposed to face Edge one-on-one at WrestleMania 37 but Daniel Bryan was added to the match. We will see this time around how they manage to work things out.