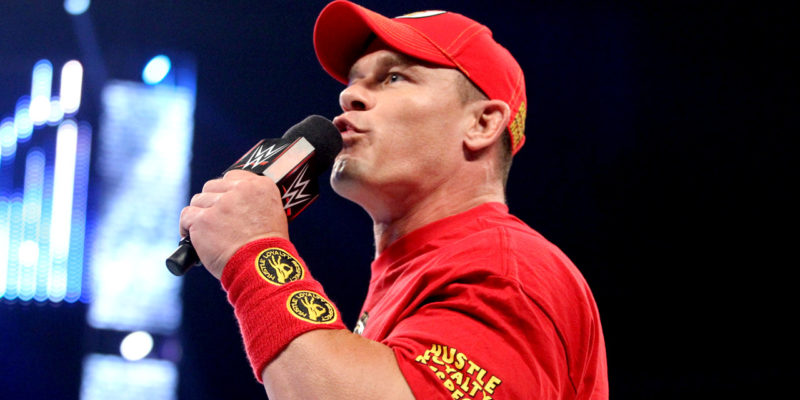 After months of speculations, WWE finally revealed who will be facing John Cena at the upcoming SummerSlam PPV on this week’s episode of SmackDown Live.

Though surprisingly despite the heavy rumours of Cena challenging Jinder Mahal for the WWE title at the upcoming PPV, Officials went a completely different route and announced that Baron Corbin will be facing the Leader of Cenation at the Biggest Event Of The Summer.

After tonight’s SmackDown Live, here is the updated match card for the SummerSlam PPV:

The Usos vs. The New Day

Enzo Amore will be suspended above the ring in a shark cage.

It’s worth noting here that Bayley was originally scheduled to challenge Alexa Bliss for the Raw Women’s Championship at the PPV but that match has been pulled out after she suffered a shoulder injury.