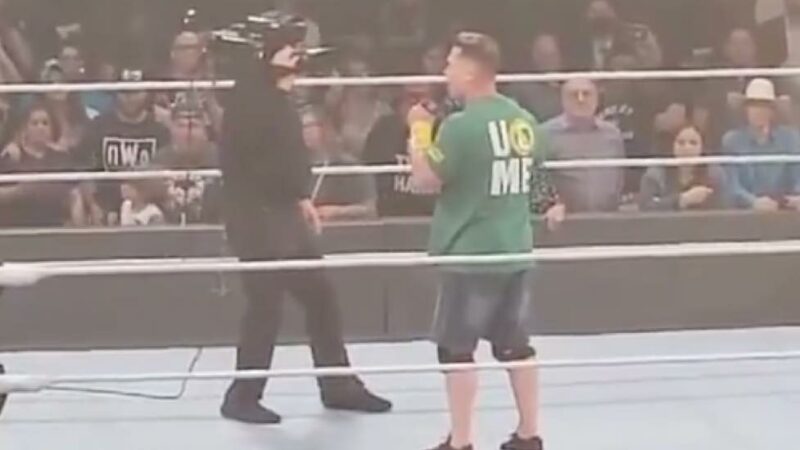 The ending to this year’s WWE Money in the Bank pay-per-view event was an extremely memorable and crowd pleasing one as after ‘The Head of the Table’ Roman Reigns successfully retained his WWE Universal Championship, thanks to interference by Seth Rollins, future WWE Hall of Famer John Cena made his way out to the ring to confront Roman Reigns and embrace the WWE Universe in Fort Worth, Texas. John Cena ‘blocked’ this WWE firing.

After the show went off the air, Cena cut a promo directed to the fans in the Dickies Arena. Editor for WrestleZone, John Clark uploaded the following video, which can be viewed below. Wrestling-Edge transcribed the following remarks.

Cena said he wasn’t used to being universally cheered, as he usually gets a mixed response.

Fans discussed the shocking re-emergence of John Cena on the ever-popular Squared Circle subreddit. One user named Jasonbaldwin stated: “Cena’s measured stutter-step up to Roman? I don’t care how you feel about him. That. Was. Great. His character is a goof, but that, the open U.S. Championship challenge promos…I’m gonna hate myself in the morning, but John Cena is a legend and an all-time great. (And if you’re not down with that, I’ve got two words for you…)Didn’t say a word on mic and had the audience eating out of the palm of his hand, and not because of his movies.”

Cena will be on Raw tomorrow, as mentioned in another promo seen below.

After his shocking return at WWE #MITB… @JohnCena is NOT going to make you wait for answers!

The Cenation Leader will be LIVE on #WWERaw in Dallas! pic.twitter.com/8hGOZ5Jzir