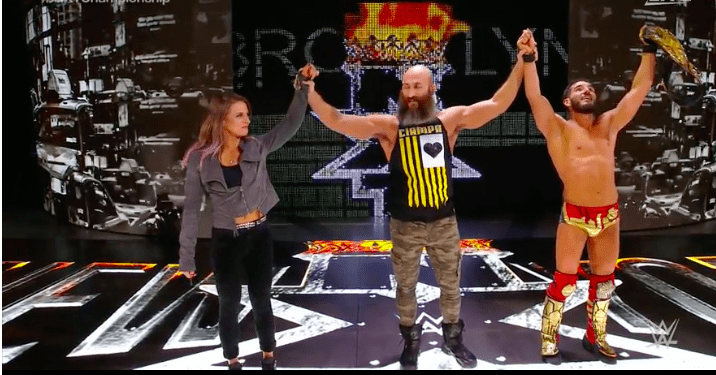 In what is said to be the match of the night, Adam Cole and Johnny Gargano tore the house down in a 2 out of 3 falls match. Cole took the first fall while Johnny took the second and things got spiced up as both men went at it for the final fall and the title.

Even though the final half of the match saw a heavy interference from Cole’s Undisputed Era buddies, Gargano fought off all of them valiantly. In the end, Johnny Wrestling put Cole into the Gargano Escape and got him to tap out to it.

Fans in the building lost their minds as NXT’s greatest underdog finally tasted sweet glory and lifted the title above his shoulders. He was then joined by his wife Candice LeRae and former nemesis Tomasso Ciampa in celebrations.