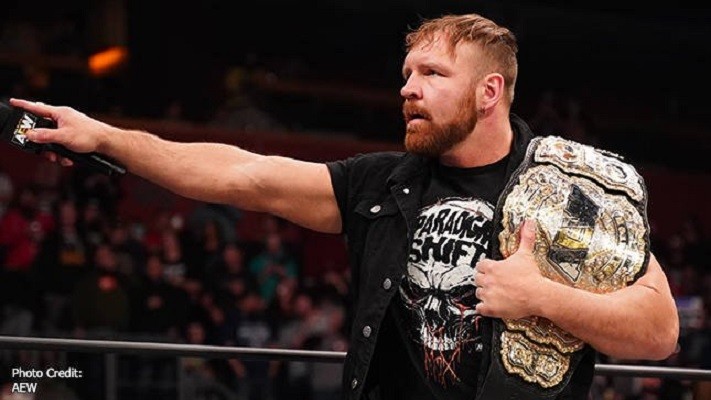 AEW TNT Champion Cody Rhodes has been holding open challenges for up and coming Superstars from within and outside the company. People like Ricky Starks and Sonny Kiss have risen to the occasion by challenging Cody but fell short in their efforts.

Tony Khan revealed on Twitter that this week’s open challenge will be answered by a “top Independent Wrestler”.

Tomorrow night on #AEWDynamite, @CodyRhodes will defend the TNT Championship against one of the top independent wrestlers in the world! It’s part of a huge card and what I promise will be a great episode of #AEW Dynamite tomorrow night on TNT at 8pm ET/7pm CT! pic.twitter.com/y3F77zKYXp

The identity of this wrestler is obviously a secret for now but it seems like it is someone that fans are familiar with. In an interview with Dan Le Batard on his podcast, AEW Champion Jon Moxley also weighed in on this and said that the show will feature a “big surprise”.

Moxley said that this will make the hardcore pro-wrestling fans very happy and it will be a treat to watch for the casual fans as well.

This Wednesday is going to be an awesome show. I’m not going to spoil it, but I will tell you, there will be a big surprise. One that made me exceedingly happy, especially for the more hardcore fans who follow the scene around the world.

You’ll get a big surprise. Casual fans or more first-time viewers, it will be an absolute treat to watch. There will be a kick-ass match.

Either way, this week’s episode of AEW: Dynamite might be one to look out for.