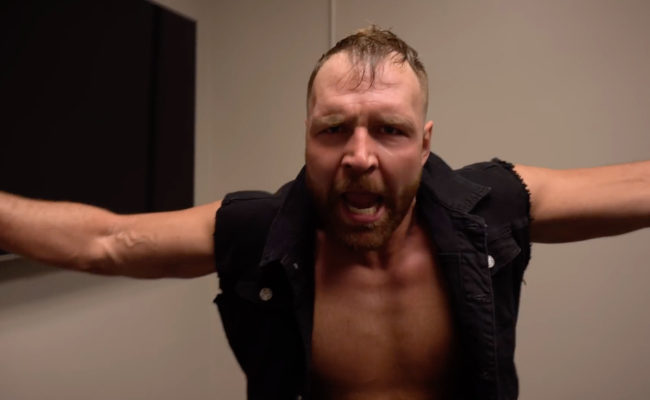 WWE’s formula of putting on a show is largely criticized by fans and this is something AEW has managed to avoid so far.

Jon Moxley spoke to 101.1 WKQX, where he talks about AEW’s varied locker room. He talked about Orange Cassidy’s character, which is unlike anything seen in WWE and how he gets a lot of cheers from the crowds. Aspects such as this are what help AEW avoid the same traps that are prevalent in WWE and in professional wrestling.

“It’s unpredictable, it’s… Dynamite is a very — apropos name because it’s like a powder keg of anything could happen where as in WWE or other promotions maybe, like not trying to throw any shade or anything, but it can be very predictable because they have a formula.”

“Show opens, guy comes out with a mic, talks. Other guys’ music hits, comes out with a mic, talks. We’ve made the main event for tonight or whatever. There’s just these patterns and formulas that you see, and subconsciously you know as a fan what’s happening and you can predict stuff. We don’t have any formulas or patterns yet. One week we open the show with Nick Jackson and Fenix, and you see this ridiculous match. One week we open with a promo, one week we open with who knows? Maybe we’ll open with the World Title match tomorrow night. Maybe Chris Jericho says I’m the champion and I’m going on first. That could happen. I’m not saying that’s happening, it could. You know, I think it’s a great idea. I’m going to text somebody right now. Let’s just open the show, man. World Title. We could do anything.”

All Elite Wrestling has managed to provide an alternative to WWE in many ways and its success proves this.  It is likely the company will make decisions that not everyone will be a fan of and that is fine. AEW continues to produce a good product and it is unlikely that will stop anytime soon.