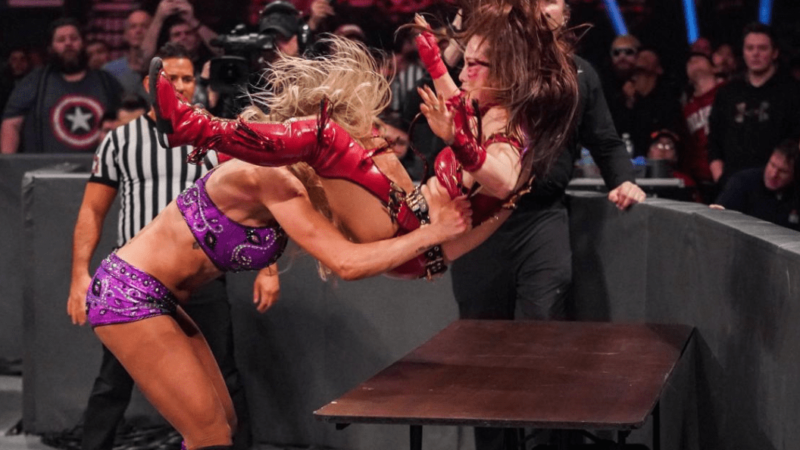 During WWE TLC, the Kabuki Warriors defended their WWE Women’s Tag Team Titles against Becky Lynch and Charlotte Flair. During the match, Kairi Sane possibly suffered an injury after taking a horrible bump.

On Wrestling Observer Radio, Bryan Alvarez talked about Kairi Sane’s horrific bump that might have injured her. He said he thought Sane got hurt when she took the SOS slam into the dasher boards. The mats were pulled away from the cement and she landed on the cement. He does not know if it is a concussion or not, as nothing has been confirmed as of yet.

The Kabuki Warriors successfully defended their titles in the end. Sane definitely seemed dazed during the latter part of the match. Becky Lynch even sent out a tweet, showing respect for her after the match.

We will keep you updated on Kairi Sane’s injury status.