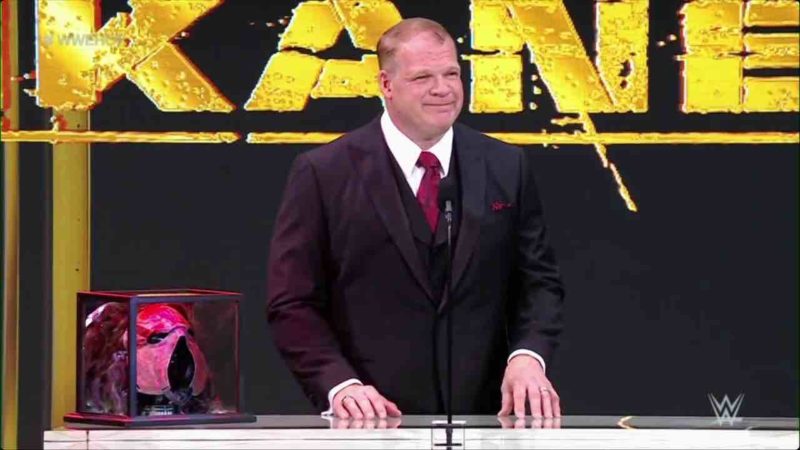 WWE Hall of Famer Kane recently lavished praise on Triple H. He believes that Hunter could be in charge as the successor of WWE Chairman Vince McMahon. Triple H is working as an executive within WWE and Kane has transformed his career completely as he serves as the mayor of Knox County, Tennessee. When Triple H and Stephanie McMahon were featured working on television as heel authority figures, Kane was also part of it. Seth Rollins Damage To Face After Attack Leaks

During an appearance on The Doug Collins Podcast, Kane(real name Glenn Jacobs) was asked if he believes HHH will, in fact, be the successor to Vince McMahon and if he will continue on with a similar vision to Vince or if he will deviate from the norm and carry on with his own vision.

Jacobs answered honestly, saying that he isn’t close enough to the industry to know whether or not those plans are actually in place but he does believe ‘The Game’ is one of the only people who can take WWE to even greater heights than where they are currently:

“You know, I don’t know, actually. I’m not close enough to the company to say that right now. I think as companies mature, you become more risk-averse. Because you want to keep what you have and you’re afraid of losing that. Unfortunately, the downside is you become less aggressive and you don’t have that growth just because of where you’re at. I think you kind of see some of that, and that’s not a criticism, that just is what it is, and that’s the kind of lifecycle of an organization. So a lot of stuff as Vince gets older, I think things will change, for better or worse, I don’t know.

“A lot of folks lament, especially some of the wrestlers, how the company’s become much more corporate, but it had to, I mean, in this day and age, that’s just how things work. So you see these natural changes and then you see a change in leadership, I don’t know what’s going to happen. Triple H, I think. has an amazing mind for the wrestling industry. If I were to say, you know, one person that could really take the company and take it even higher and even further, it would be him. I think he’s just got that kind of talent. He’s a genius at this stuff. You know, so but we’ll see what the future holds, certainly.”

Hunter recently made his return to work alongside Vince McMahon and Stephanie after undergoing surgery for a cardiac event. They were seen taking a tour of the construction site for WWE’s new headquarters.