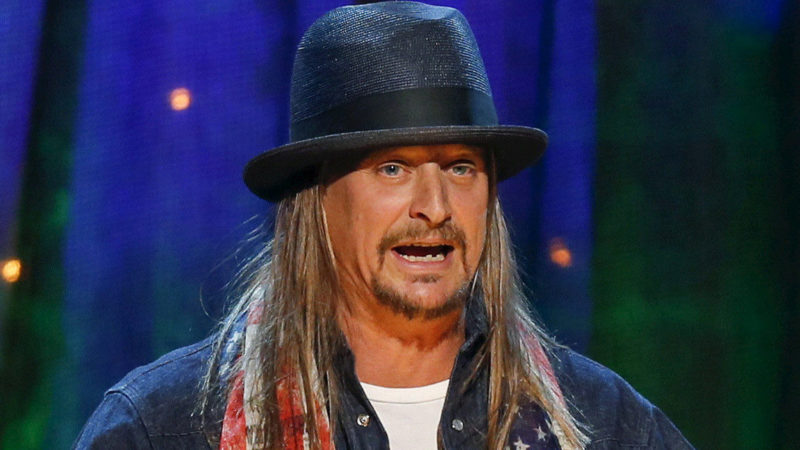 Kid Rock’s ex-wife Pamela Anderson, the former “Baywatch” babe, claims in her new book that comedian Tim Allen flashed her on the set of his hit sitcom “Home Improvement” when she was 23 years old, but Allen claims it never happened.

According to Variety, Anderson described the incident in her upcoming book “Love, Pamela,” in which she claims Allen opened his robe and exposed himself to her because he wanted to level the playing field after seeing her naked in Playboy magazine.

On the first day of filming, I walked out of my dressing room to find Tim in his robe in the hallway. He quickly opened his robe and flashed me naked underneath. He claimed that it was only fair because he had seen her naked.

“No, it never happened,” Allen, who would have been 37 at the time, said in a statement to Variety. I would never do something like that.”

Anderson starred as Lisa the Tool Girl on Allen’s show-within-a-show “Tool Time” from the pilot episode until the end of the second season, when “Baywatch” took off and she left “Home Improvement.” She did return for a cameo in the sixth season of the sitcom, playing her original character.

Anderson’s book, which chronicles her meteoric rise to fame, also includes details about her long relationship with Motley Crue drummer Tommy Lee. “My relationship with Tommy may have been the only time I was ever truly in love,” Anderson wrote in an excerpt obtained by People magazine.

Anderson also wrote about the now-famous sex tape that was stolen from their home and then sold, saying, “It ruined lives, starting with our relationship — and it’s unforgivable that people, even to this day, believe they can profit from such a terrible experience, let alone a crime.”

She blamed the stress of the tape’s release in part for their divorce, recalling a time when Lee twisted her arm and “threw” her into a wall while she was holding their infant son.

“The divorce from Tommy was the hardest, lowest, most difficult point of my life. I was devastated. I couldn’t believe the person I loved the most could have done what happened that night. We were both heartbroken, but I had to protect my babies.”

What do you think of these revelations from Pamela Anderson? Sound off in the comments.