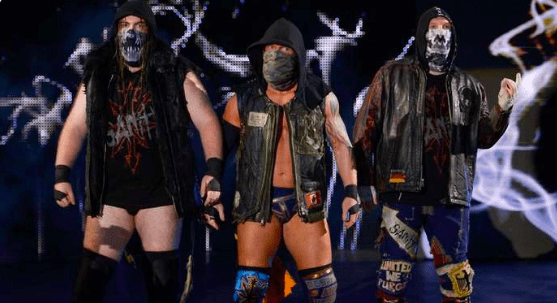 As seen on this week’s RAW, Eric Young was moved to Monday Nights as a singles competitor without his stablemates from Sanity. This move wasn’t done on-screen either and fans only got to know about it when an image containing all the newly drafted Superstars was posted on Twitter.

Young’s former tag team partner and fellow Sanity member Killian Dain took to his Twitter to send out a farewell message to both Young and Alexander Wolfe. The trio enjoyed a lot of success as a stable in NXT but things didn’t quite work out for them on the main roster and they were ultimately dissolved last night.

Dain, who also changed his Twitter name to “Damian Mackle” (his real name), wished his former stablemates good luck and appreciated the run he had with them. Fans speculated that Dain and Wolfe might continue as a tag team on SmackDown but it seems like all three Superstars are on their own from this point on.

The nature of Dain’s tweet also fueled a lot of speculations suggesting that he might be leaving the company for good. However, no credible reports about this speculation have surfaced as of now.