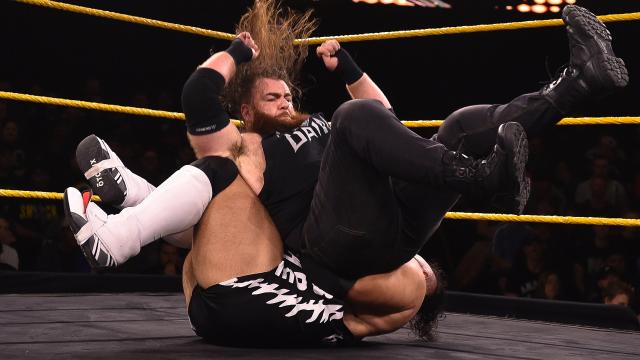 Weeks ago on NXT, The Undisputed Era interrupted a match between Killian Dain and Drake Maverick. The latter attempted to get some revenge on the group last week but was bested by Kyle O’Reilly.

Following the match, Roderick Strong and Bobby Fish attacked Maverick, leading to the Hound of Ulster coming to Maverick’s rescue…sort of. Though the former NXT Tag Team Champion chased the group off, he also laid out Maverick for good measure.

This week, Dain will get another chance to dish out some punishment against UE, as he’ll take on the Messiah of the Backbreaker. Below is the card, so far, for NXT Super Tuesday II: