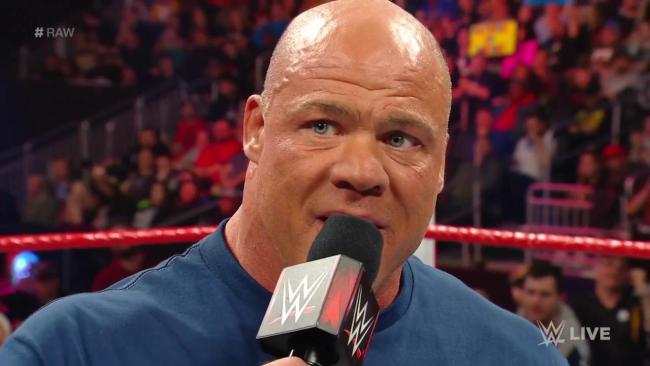 Kurt Angle is one of the most interactive wrestlers out there. The Olympic gold medallist often hosts a Q&A session on Facebook. During this edition of the session, Angle was asked about the recently concluded Extreme Rules pay-per-view to which Angle claimed that the show was one of the better ones in recent memory.

The former champion felt that all the matches were up to the mark and praised the Undertaker for keeping up with Roman Reigns, Drew McIntyre and Shane McMahon. Here’s what Angle commented:

“I thought it was one of the better PPVs’ in recent memory. All of the matches were great. I give it an A- or B+. I thought Undertaker did an excellent job keeping up with Roman, Shane, and Drew.”

Angle was also asked about his experiences with Chris Jericho who is now a part of the newly formed All Elite Wrestling. Angle said:

“Chris and I worked together quite a bit when I started my career in WWE in 2000. We had some stellar matches & Chris helped me a lot. Honestly, I wish that Chris and I would have wrestled more when I came into my own around 2002 and after. Unfortunately we didn’t wrestle much after 2000. Chris is one of the most consistent superstars in history. He’s one of the best.”