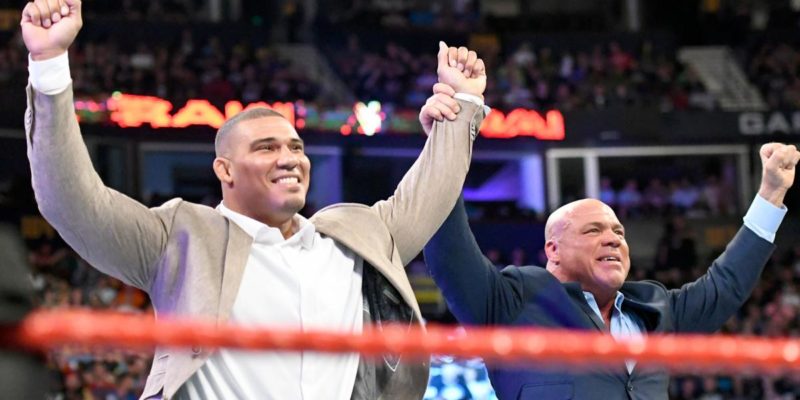 When the Kurt Angle’s secret storyline began on WWE TV many believed it will lead to the in ring return of the WWE Hall Of Famer and there were lots of rumors about his possible opponent.

Initially, it was believed that the angle would lead to a match between Kurt and Triple H, though after his secret was revealed to be his son Jason Jordan, many believe these two will face each other somewhere down the line.

During his recent interview with Garry, Tim, and Hamish, Angle was asked about a match, presumably with his on screen son, replying to which the Raw GM said that they’ve talked about it but he has yet to take the physical:

If WWE does have plans for Angle to return to the ring, it would most likely be for one or two matches only and the company will want to save it for a big event such as WrestleMania so he is not expected to return to ring anytime in near future.