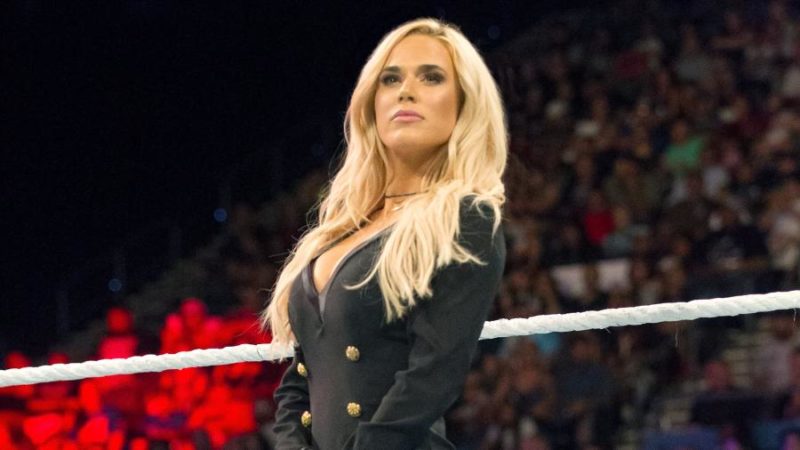 It has been six times in a row now that Nia Jax has put Lana through the commentator’s table. On this week’s episode of WWE RAW, Lana won a Fatal Four-way match against Lacey Evans, Nikki Cross, and Peyton Royce to secure her position in the RAW Women’s team for Survivor Series.

Women’s tag team Champions Shayna Baszler and Nia Jax were already announced to be on the team. Mandy Rose and Dana Brooke joined them soon afterwards. After Lana won the match to become the fifth and final member of the team, Nia Jax pretended to congratulate her with a hug but once again picked her up and drove her through a table with the Samoan Drop.

Nia Jax gave Lana a hug and then dropped her through the announce table. #WWERaw pic.twitter.com/TbVSuP7fcI

Lana on why Nia Jax is picking on her

After the show went off air, Lana was interviewed backstage about her win. When asked about the condition of her back, she said

“Well, when a 300-pound Samoan is doing her Samoans and putting me through commentary tables, obviously it hurts a lot. But I just keep on getting back up.”

She was also asked how they plan on working together on Survivor Series, now that Nia Jax has picked on her six times back to back. Lana said she did not have any answers for Nia’s brutal attacks. She pointed out that she has been doing this since Royal Rumble, when Jax took out a limping Lana and led to Becky Lynch taking her place and eventually winning and main-eventing at WrestleMania.

Lana said that Nia Jax was one of the many people who think less of her and don’t believe she deserves the opportunities. But she is here to prove them all wrong.

EXCLUSIVE: @LanaWWE gets knocked down, but she gets up again!

Lana recently qualified as the #1 contender for RAW Women’s Championship and challenged Asuka in a losing effort. Nia Jax did not spare her on that night either.