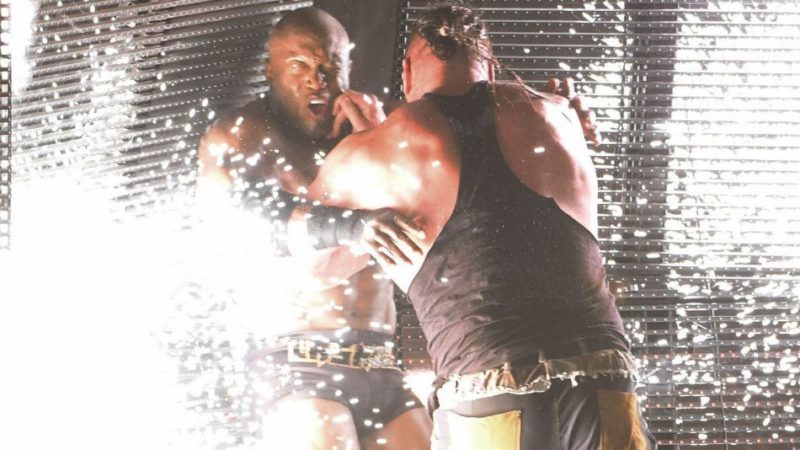 After battling it out in a series of gimmick matches on RAW, the two power weights of the red brand, Bobby Lashley and Braun Strowman will settle it out at Extreme Rules in a last man standing match.

Strowman and Lashley were involved in a stage crash during their falls count anywhere match during the last week’s episode of RAW. While Strowman was out nursing his injury afflicted due to the crash, Lashley returned to demolish Rey Mysterio on his return after a shoulder injury.

The Extreme Rules pay-per-view is scheduled to take place on July 14 at the Wells Fargo Center in Philadelphia. Here is how the card is staged for the event:

Triple Threat for the SmackDown Tag Team Titles
Heavy Machinery vs. The New Day vs. Daniel Bryan and Rowan (c)

No Holds Barred Match
The Undertaker and Roman Reigns vs. Shane McMahon and Drew McIntyre