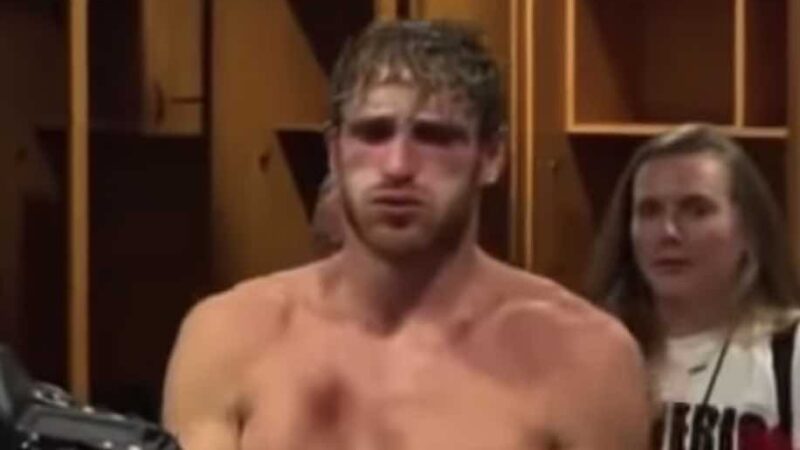 The 8-round exhibition match ended with both men standing tall. Now a video clip started circulating featuring Logan where he was seen crying.

Logan Paul thanks his fans

Paul was not expected to last all the eight rounds as many believed he would be KO’d by Floyd Mayweather early in the match. But he did well in the exhibition match. Floyd Mayweather vs. Logan Paul ‘Bad Refunds’ Leak.

Following the fight, he was seen in the dressing room. Speaking of the video clip, he was seen speaking in a trembling voice crying and thanked his fans. He explained thay moment was special to him.

“I’ve done the best thing in the world. If you contributed to my life in anyway, thank you. This moment is so special to me. I don’t know where I go from here, but I know it’s gonna be way up and I couldn’t have done without y’all. So thank you.”