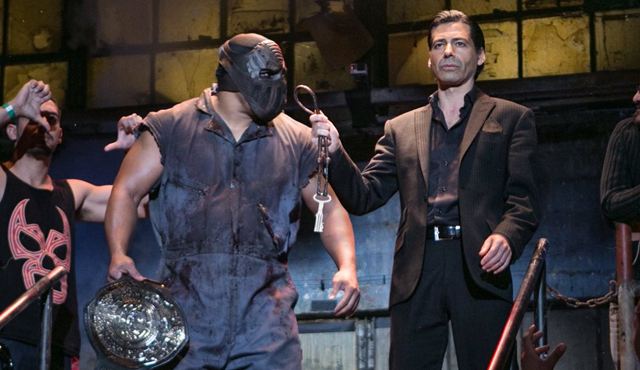 Jeff Cobb, also known as Matanza Cueto, sent out a tweet last night, showing himself wearing a backstage pass for Smackdown Live. The former Olympic athlete has caught quite a bit of attention from wrestling fans since his debut on Lucha Underground as the monstrous Matanza Cueto.


Hmmmmmmm I wonder what went on yesterday?!?!? Huge thanks to @MustafaAliWWE and @WWEParkingGuy great to catch us with some very talented peeps! pic.twitter.com/MMmfSy95pD

Cobb has an intense wrestling style, full of suplexes and slams, and is often compared to Tazz and Kurt Angle. He’s been in talks recently with Impact Wrestling, but they seemed to fall through back in January. And while he’s still working with Lucha Underground, it’s a company that has had some financial issues in the past.

Knowing this, he might be looking around for a new home. Cobb has the kind of look and ability that both hardcore fans and the WWE brass seem to love. Could we see Mr. Athletic in the WWE in the future?