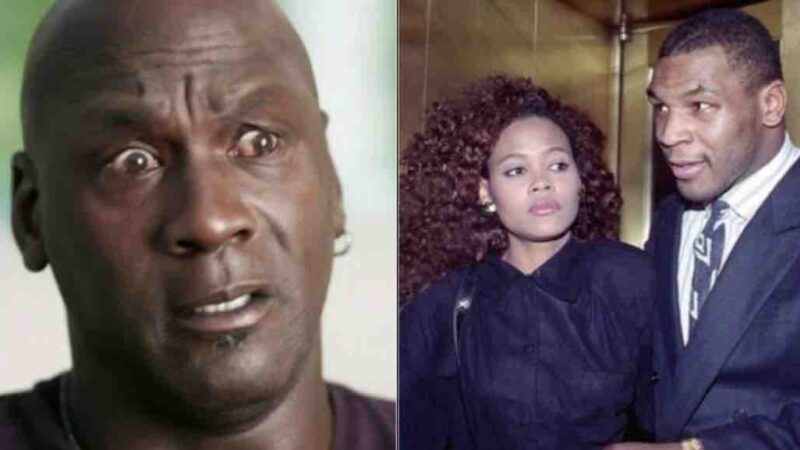 Mike Tyson is known for speaking his mind on his podcast ‘Hotboxin with Mike Tyson.’ The boxing legend had some excellent words for Michael Jordan. Dennis Rodman, Jordan’s former sidekick joined Tyson on the podcast. The former boxer talked about the Bulls Legend and his toughness against the Detroit ‘Bad Boy’ Pistons.

Tyson talked about how the Bulls bounced back after losing to the Pistons for two straight years in 1989 and 1990. In 1991 Bulls defeated the Pistons and ended an era of dominance. This change led to the Bulls winning six championships in the next eight years. While Tyson praised Jordan on the podcast, the two have a heated past.

In 1984, Michael Jordan brought his talents to the NBA. There were rumours of him dating Robin Givens. She later settled with Mike Tyson, but the marriage didn’t last long and the two divorced later. While Jordan had nothing to do with it, there’s a story of Tyson lashing out at Jordan at a dinner party following the divorce. Tyson’s manager at that time, Rory Holloway, said that The Baddest Man on the Planet lost his cool and had some harsh words for the NBA legend. Thankfully, Jordan kept his cool, and the matter never got off hand.

One can only imagine what would have happened if the two had a fistfight or any bout. It looks like Tyson has kept that thing in the rearview mirror and has moved on from those harsh feelings about Michael Jordan and his divorce.

Do you know of any story about Mike Tyson or Michael Jordan? Sound off in the comments.