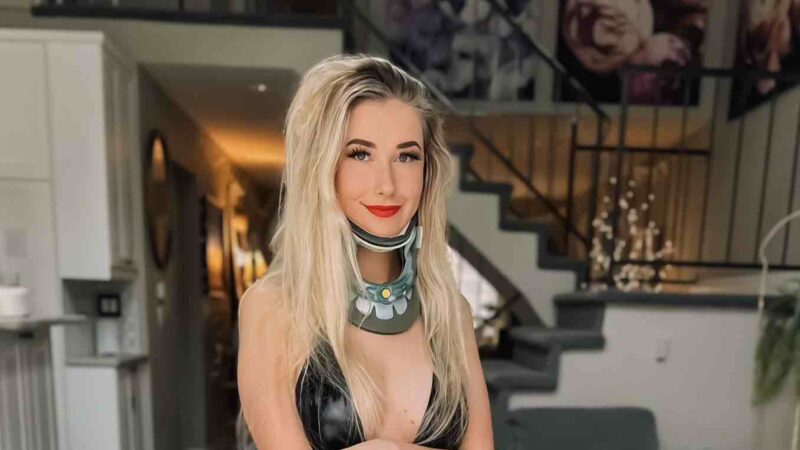 WWE Hall of Famer Noelle Foley recently took to her Twitter and revealed that she recently underwent a procedure, for which she has to wear a neck brace. As such, she took to Twitter and wore a black corset and fishnets, inspired by Saraya (formerly Paige in WWE).

“My neck is feeling less sore from my procedure, so I thought I might as well do a @Saraya inspired photoshoot”

My neck is feeling less sore from my procedure, so I thought I might as well do a @Saraya inspired photoshoot 😎 pic.twitter.com/54QjLncf0a

Noelle Foley talks about her disease

Noelle Foley recently took to social media to reveal that she is suffering from Craniocervical Instability. She had suffered multiple injuries, including a concussion, an injury in which she spent years suffering the after-effects. These shortened her in-ring career which had just taken off. She revealed that her concussion and neck injury stemmed from a theme park ride.

Noelle recently took to social media to reveal that she is suffering from Craniocervical Instability, which causes her head to become unstable in her upper neck.

A recent test revealed that she tore ten ligaments in her neck when she was injured.

“I recently found out I have Craniocervical Instability, which means my ligaments in my neck are loose causing my head to be unstable on my upper neck. I had a DMX done which estimates that I tore about 10 ligaments in my neck at the time of my injury. Golly gee wilikiers *cold sweat emoji* *screaming in fear emoji* *flushed face emoji*,” Noelle Foley said in a tweet.

Noelle recently announced that she is opening an OnlyFans and it is a promise she followed through However, many people have been critical of her opening an OnlyFans account. Noelle Foley took to Twitter and revealed that she opened the account so she could pay for her expensive medical bills. Noelle Foley had also divulged the fact that she decided to get stem cell treatment to deal with the issues.