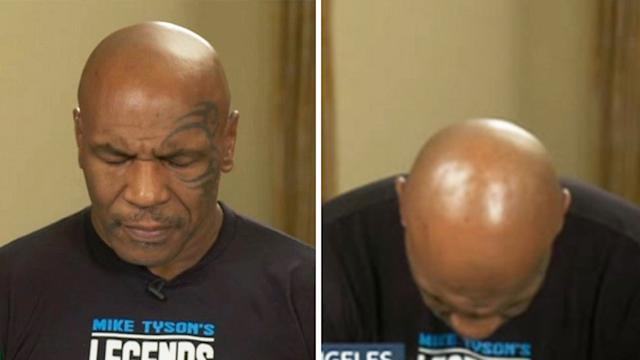 Boxing legend Mike Tyson is said to be spending copious amounts of cash a month on smoking weed. Now, this isn’t just for luxury purposes. Health concerns have been surrounding ‘The Baddest Man on The Planet’ for some time, but now more than ever, it’s serious.

Tyson has been no stranger to enjoying marijuana, even opening a cannabis ranch in Southern California.

When discussing his love for the drug back in 2019 on his ‘Hotboxin Podcast’ alongside former NFL star Eben Britton, he revealed his exponential weed spending whilst on his ranch. His $34,000 spending equates to 120 tons of weed per year.

His heavy smoking comes as Tyson continues to struggle with his health, after revealing he is nearing his ‘expiration date’ in recent weeks.

Speaking on his podcast last month, ‘Iron Mike’ said: “We’re all gonna die one day of course. Then, when I look in the mirror, I see those little spots on my face. I say, ‘wow. That means my expiration date is coming close, really soon’.”

Three weeks after he made the above comments, he was spotted in a wheelchair at Miami International Airport. Whilst sitting in his wheelchair, Tyson posed for pictures with fans as he made his way around the airport.

The reason for the health issues, at least partially, is due to a sciatica. This is a back and upper leg issue the former heavyweight champion of the world has struggled with for some time. Earlier this month, Tyson was also spotted needing aid whilst walking after using a cane when walking around New York.

Two years ago the boxing great also suffered from a similar episode, and was left bedridden for weeks. Playing down Tyson’s problems this time around though, a source close to the American told TMZ: “It’s nothing serious, just an occupational hazard for an athlete like Mike.”