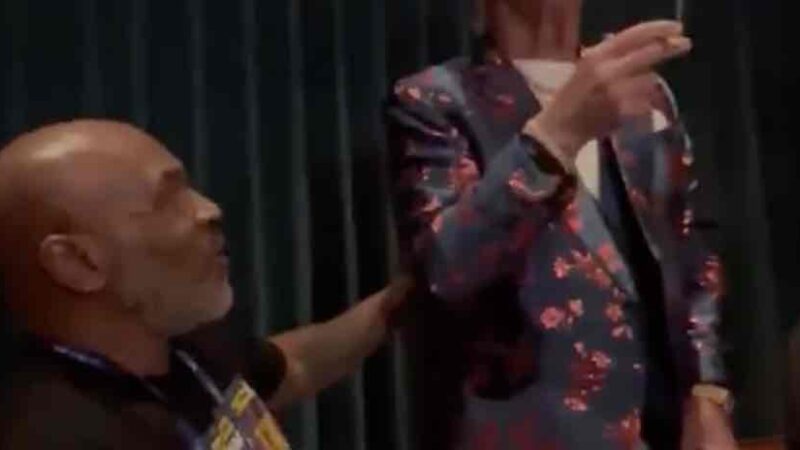 Ric Flair has uploaded a video where he smokes marijuana with WWE legend Ric Flair, as seen below. Mike Tyson is one of the greatest pro boxers. Meanwhile. former WWE star Ken Shamrock had transitioned from the MMA world to the world of professional wrestling. Seeing as how proficient he was in combat sports, fans always wondered how he would perform against someone like Mike Tyson. In fact, Shamrock even discussed how a fight with Mike Tyson would turn out.

Ken Shamrock opens up on a potential bout with Mike Tyson

The World’s Most Dangerous Man made his way to WWE back in 1997 and had a stint with the company for the next couple of years. He saw a decent amount of success during that time as well, transitioning his success from the Octagon.

While speaking on Two Man Power Trip of Wrestling, Ken Shamrock stated that he would obviously be at a disadvantage in a boxing match against ‘Iron Mike. Although he wasn’t stupid enough to take a boxing fight against Iron Mike, he did confirm hearing talk of it happening. He said:

“I’ve heard talk about it [a fight against Mike Tyson] but nothing from him and nothing from me either. It just was talk… I ain’t crazy, right? I mean I know how good Mike is with his boxing so if I was to box him and not to say — I don’t have a problem doing that because I love to fight but, I’m not stupid enough to realize that, hey, I’m gonna go out and outbox Mike Tyson because I can’t. But I hope he realizes the same thing and he wouldn’t be stupid to realize he could take me in an MMA fight because that wouldn’t happen either.”

Ken Shamrock would also only return to WWE if it makes sense to him. We will see what the future holds for him.