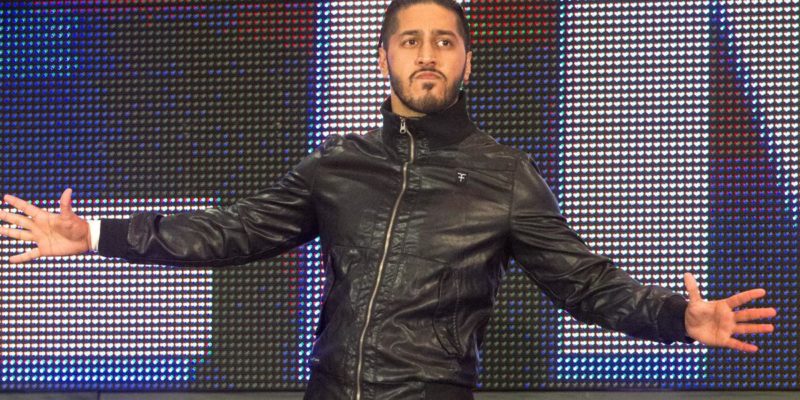 Mustafa Ali and Cedric Alexander are set to square off against each other on the Grandest Stage of Them All, and Ali wants to remind the fans the difference between “The Heart” and “The Soul” of 205 Live. The high-flying sensation posted another video on his personal YouTube page, discussing the upcoming battle with his close friend.

In a few days, it’s gonna be WrestleMania. Ali vs Alexander for the Cruiserweight Championship. And they’ve been calling it the ‘Heart of 205 Live’ vs the ‘Soul of 205 Live.’

Ali went on to say that Cedric has started to expect the championship to come his way, and that’s one of the key differences between him and Ali.

For those of you that haven’t seen the promos, Ali has been putting videos like this out for every round of the tournament. In using social media, he’s expanded on a character that he hadn’t really had time to show off on 205 Live. Ali’s changed from the smiling cop from Chicago to a hungry competitor who is ready to prove to the WWE Universe that he deserves to be where he is, even if he has to go through his best friend to do so.

Cedric responded to Ali’s video on Twitter, claiming that what Ali has is a “false sense of confidence.”

Keep building that false sense of confidence because you'll need it

Too bad your production skills won't help you in the ring#TheHeartGivesOut#TheSoulLivesForever https://t.co/8KaU68DBw9

Cedric Alexander and Mustafa Ali will face off in the finals of the Cruiserweight Championship Tournament on April 8th at WrestleMania. With all the work that has gone into this tournament and this story of Ali, I can only hope that this won’t be relegated to the pre-show.