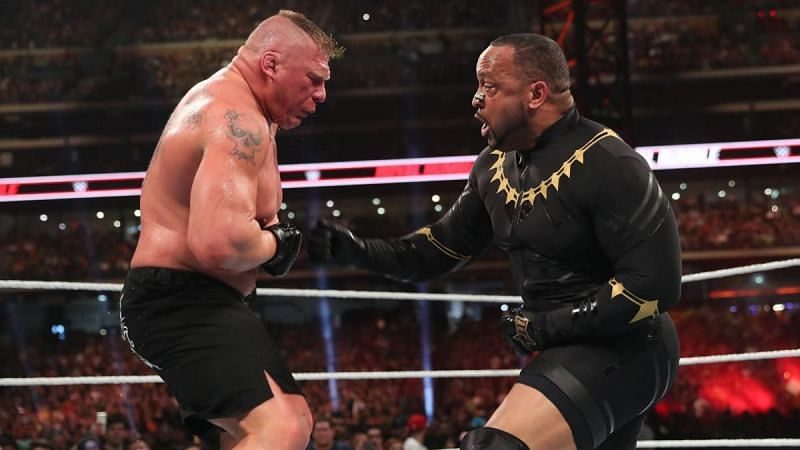 MVP held nothing back against on social media via Twitter as the leader of the Hurt Business and former WWE United States Champion eviscerated a member of the WWE universe who claimed that MVP’s client ‘The Almighty’ and now current WWE Champion Bobby Lashley was running from another former WWE Champion, ‘The Beast’ Brock Lesnar. The fan, known as Chris38601 proclaimed that ‘Bobby has been running from Brock for years. Time for him face the pain of Suplex City’. MVP teased that he wanted this top superstar to join the Hurt Business.


This led MVP to issue a stunning rebuke by replying back – ‘This guy is an idiot.’ You can view the full exchange below. One thing is for certain though, Brock Lesnar Vs. Bobby Lashley has been heavily rumored and pushed for quite some time so we shall see if this big money match comes to fruition.

MVP has had a bit of of a temper on him recently. In addition to this tweet, he had a very strong episode during most recent edition of WWE Monday Night Raw where he screamed ‘Bullshit’ at Shane McMahon after now-former WWE champion The Miz used underhanded methods to retain his championship by countout, or so Miz would have thought at the time. The Miz would then lose the WWE Championship to ‘The Almighty’ Bobby Lashley later on in the show in a Lumberjack match.