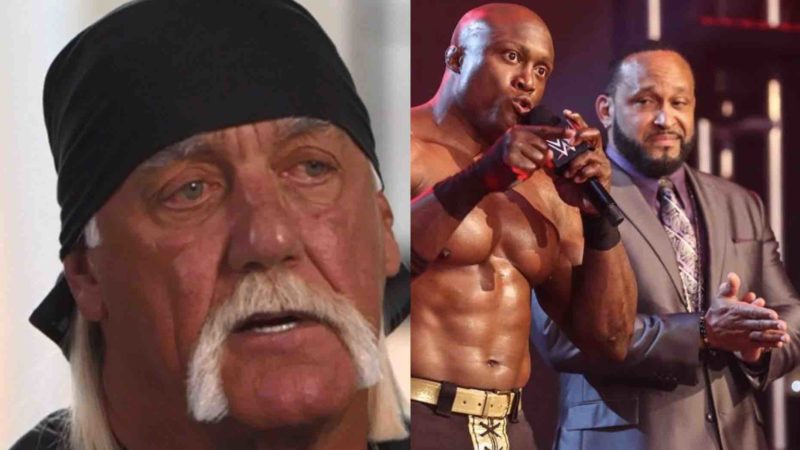 MVP has liked tweets calling Hulk Hogan a racist and wanting him removed as co-host of WrestleMania 37 with Titus O’Neil. MVP, the leader of the Hurt Business, liked the two following tweets. Titus O’Neil dropped a ‘racist’ Hulk Hogan bombshell.

LaToya Ferguson tweeted, “I saw someone defending Hogan saying people need to “stop living in the past” (re: you know, him being a virulent racist)… as though being excited for Hogan isn’t the absolute result of living in the past.”

The Infamous Ken EG said, “It’ll be a lot better if we replace hogan with
@The305MVP Or no hogan at all….. That works too.”

MVP’s Hurt Business partners Shelton Benjamin, Cedric Alexander, and WWE Champion Bobby Lashley have not reacted to Hogan co-hosting WrestleMania with Titus O’Neil. Hulk Hogan was fired from WWE in 2015 when racist remarks in a tape resurfaced from Hogan using racial slurs about a man his daughter Brooke was dating in the late 2000’s, with the n-word being frequently used by the Hulkster.

A WWE diva threw shade at Hulk Hogan hosting WrestleMania.
Many fans called for Billie Kay to co-host WrestleMania with Titus O’Neil, especially with her current character already frequently interacting with different stars backstage. On Smackdown last night, Billie Kay sought another job as the new Sommerlier for Carmella after she fired Reginald.