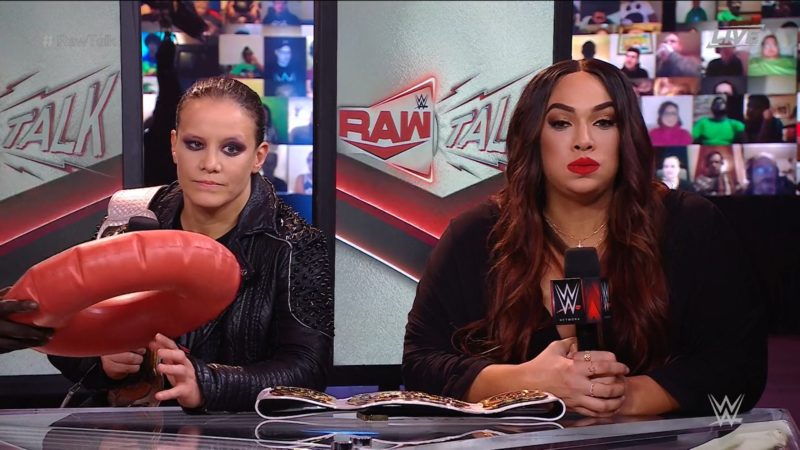 As seen on last week’s episode of Monday Night RAW, Nia Jax and Lana squared off against each other in a Tables match. Prior to the match, Jax said she could not wait to put Lana through another table.

During the match, Nia Jax tried to hit a leg drop on Lana on the apron, but she missed and fell hard on the apron. After that, she screamed in agony and said ”my hole!” Taking advantage of the situation, Lana pushed Nia Jax into the table and won the match.

Since then, Lana has become the butt of all jokes when it came to her ‘hole’ and the jokes have not stopped whatsoever.

Following the end of this week’s episode of Monday Night RAW, Nia Jax appeared on RAW Talk. R-Truth offered Jax a donut seat cushion so that Jax would be more comfortable, but Jax did not like that at all. Her partner Shayna Baszler was displeased at this as well.

Nia Jax said that nobody is laughing at the cushion joke, which led to Charly Caruso cracking a “holey moley” joke. Jax eventually got fed up with all the jokes and stormed off the RAW Talk set.

It is unlikely the jokes about her ‘hole’ will end soon.