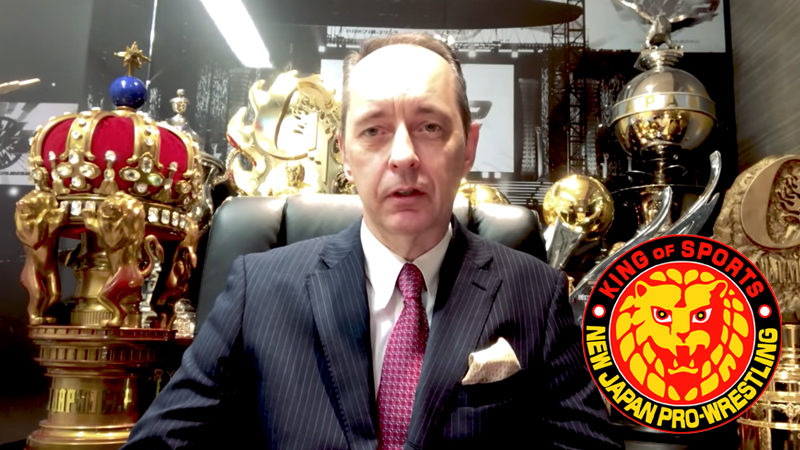 New Japan Pro Wrestling has confirmed that the President and CEO of the promotion, Harold Meji has resigned from his post in the company.

He will be leaving the company on October 23rd. Takami Ohbari, who is the President of NJPW America will be taking over as the President and CEO of NJPW.

Meji was appointed as the president of NJPW in May of 2018. He wrote a blog on the company’s website, giving an apology to fans for resigning before the G1 Climax tournament ended. He previously worked as senior VP of Coca-Cola Japan.

Here is the full statement from NJPW given below:

NEW JAPAN PRO WRESTLING ISSUED THE FOLLOWING STATEMENT THIS MORNING, ANNOUNCING THAT NJPW PRESIDENT HAROLD MEIJ IS RESIGNING FROM THE COMPANY AND WILL BE REPLACED BY TAKAMI OHBARI:

AT A MEETING OF NEW JAPAN PRO-WRESTLING’S PARENT COMPANY BUSHIROAD’S BOARD OF DIRECTORS TODAY SEPTEMBER 29, 2020, A CHANGE WAS ANNOUNCED IN NJPW’S DIRECTORSHIP. THIS CHANGE WILL TAKE EFFECT AT THE BEGINNING OF NJPW’S 50TH YEAR OF TRADING ON OCTOBER 23RD.

NEW NJPW PRESIDENT/CEO (AS OF OCTOBER 23)