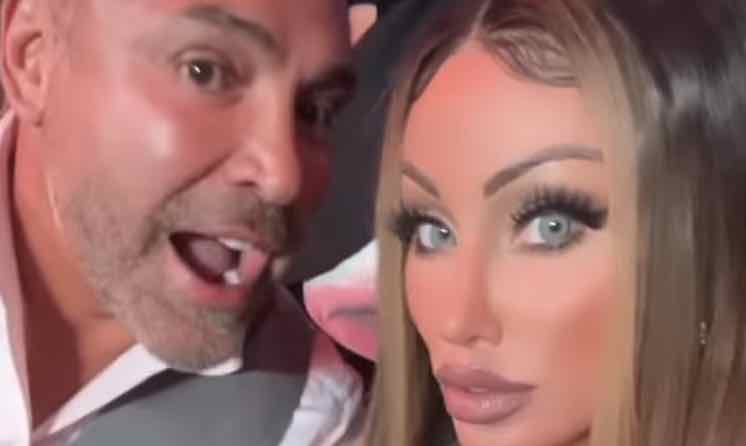 Oscar De La Hoya recently took a shot at Canelo Alvarez after the latter picked up a unanimous decision win against his arch-rival Gennadiy Golovkin.

The arch-rivals locked horns for their trilogy bout after a couple of debated results, first a draw and then a majority decision going Canelo’s way. Perhaps the fight came too late, as a prime Canelo Alvarez outworked his 40-year-old opponent for the majority of the battle. Canelo Alvarez defeated via unanimous decision (116-112, 115-113, 115-113).

Being at ringside, De La Hoya witnessed Alvarez registering a comprehensive win. However, he was apparently not convinced with the fight. In an Instagram story, ‘The Golden Boy’ joked that he was “falling asleep” during the fight but his girlfriend Holly Sonders cheekily kept him awake. He wrote:

“I was falling asleep until @holly.sonders grabbed my a**.”

Oscar De La Hoya and Canelo Alvarez had a bitter split and it created a buzz. De La Hoya managed Alvarez in the initial days of his career and guided him to superstardom. However, their relationship quickly took a sour turn after Golden Boy Promotions helped guide the superstar into signing an 11-fight deal with streaming service DAZN.

Less than two years later, Alvarez sued Golden Boy Promotions and DAZN to break away from the lucrative deal, and thus, became the most prized free agent in the sport. Alvarez and De La Hoya have been on bad terms following his departure from the promotion. The duo even engaged in a word war on social media.