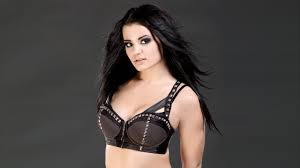 – There is some major competition for WWE’s TV tapings tonight in Wichita, Kansas as the Kansas City Royals will be hosting game 1 of the MLB World Series tonight. Attendance could be effected but you can bet there will be at least some distracted fans.

– Paige’s mother Saraya Knight was at the Team Vision Dojo in Orlando last night, working out with the talents there including Ricardo Rodriguez, Yoshi Tatsu and others. Below is a photo:

"@RRWWE: Big thank you to @SarayaKnight for swinging by tonight and teaching some good ol British style wrestling." pic.twitter.com/kfxKYXG4SF