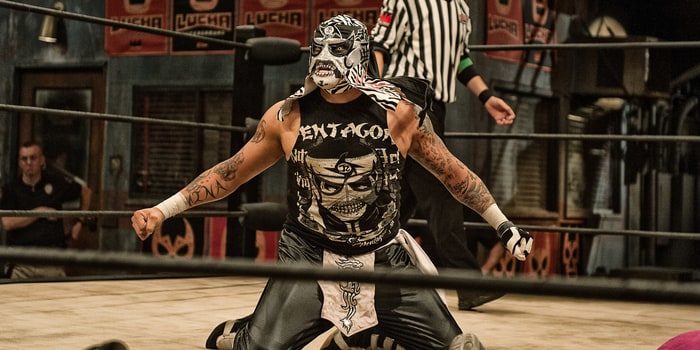 It’s been noted this week that Pentagon Jr. and his brother Fenix have been contacted by WWE about possibly coming into the company in the future. It wouldn’t be too soon, even if true, as the former Impact Wrestling Heavyweight Champion still has three seasons left with Lucha Underground.

Pentagon Jr. further put the rumors to rest in a recent interview with Fightful.com.

I still remain 100 percent independent in Mexico and everywhere else in the world while respecting my obligations with Lucha Underground and Impact, and I still have a contract with Lucha Underground. For AAA, I wouldn’t really say I’m back [just yet], but more so I’ll return at TripleMania on August 25. That’s when I’ll return to wrestle for AAA.

Admittedly, there had been negotiations between me and them, and we talked about how to further expand the lucha business and take it global. We’ve come to an agreement that I’ll come in and help that global growth and help AAA have a worldwide reach, just like I’ve been doing with Lucha Underground and Impact.

So, for now, Pentagon Jr. isn’t planning on jumping to the WWE, as he would rather help promote the Lucha style across the world.