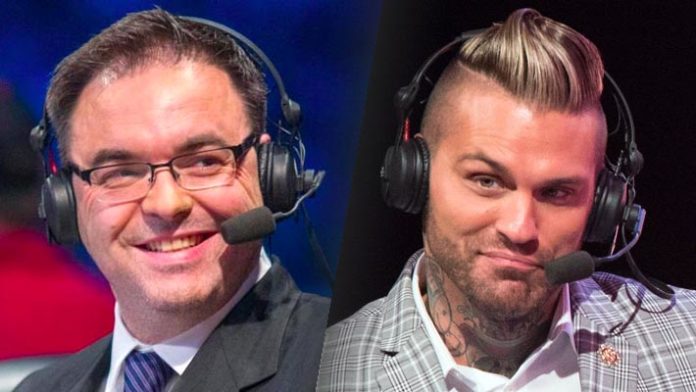 Corey Graves criticized Mauro Ranallo’s work during NXT TakeOver: WarGames, which led to Ranallo deactivating his Twitter. He was scheduled to call the NXT title match at Survivor Series with Graves, but he did not stay for the match. Ranallo also did not work the next episode of NXT as well.

Fans believed Corey Graves should have been punished for what he did. Mike Johnson on PW Insider Elite audio said that he was told Corey Graves would not be punished. This is due to the fact that Vince McMahon loves Corey Graves.

Thankfully, Mauro Ranallo did return to NXT this week and he received a standing ovation. Hopefully, incidents such as this do not happen again.