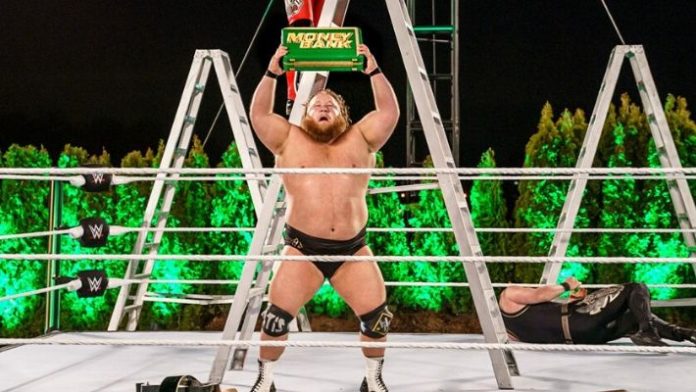 A lot of people were not keen on the decision of putting the Money In The Bank briefcase on Otis, with the belief being that he does not make a believable challenger for the world title.

This suspicion has more or less been proved true as the former NXT star hasn’t really been presented as a real threat and he hasn’t been part of any main event calibre storyline since he won the contract back in May.

This situation has made many wonder if the company could be planning to take the briefcase off him anytime in near future but latest reports put a question mark to this possibility.

WrestleVotes Twitter account recently revealed that WWE writers have pitched multiple ideas to take the contract off him but Vince McMahon has declined them all and he continues being a fan of the heavyweight star:

There have been multiple pitched ideas to remove the MITB briefcase from Otis & make the storyline a main focus again, some of which are really decent ideas I’ve been told. However, and this is a big however, Otis’ biggest fan is Vince. So right now, no go.

With Vince McMahon being behind Otis, the possibility of the Money In The Bank briefcase being taken off him doesn’t look very likely and it would be interesting to see where the boss is planning to take the storyline in future.