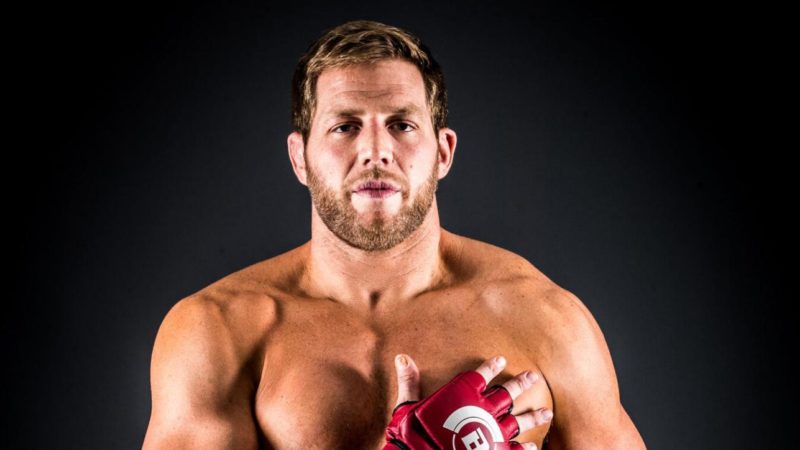 Lucha Underground Champion and MMA fighter Jake Hager, formerly Jack Swagger in WWE, is set to make his debut for Bellator tonight at the company’s Bellator 214 event. Hager will take on J.W. Kiser, and as of the weigh-in on Friday, has a 14lb weight advantage over his opponent.

As Hager makes his way to the ring tonight, he’ll be accompanied by current SmackDown Live superstar R-Truth, who will also be performing his walk-out song, “That’z Endurance.”

Bellator 214’s main card will begin at 9 p.m. ET. Below are the fights set for the event: