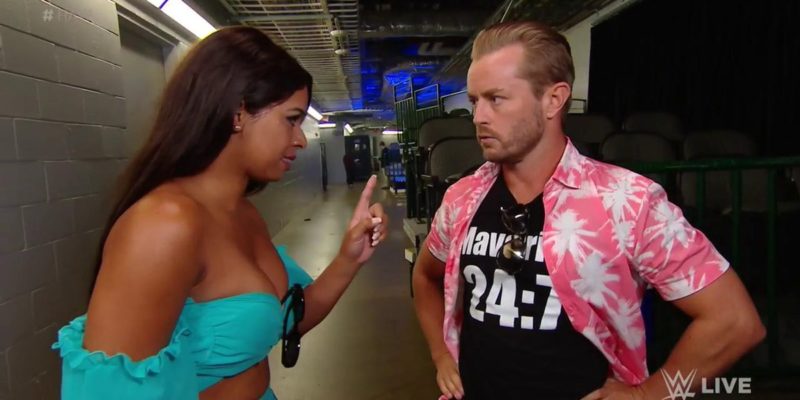 On this week’s episode of Monday Night RAW, Drake Maverick was ready to finally consummate his marriage, but that did not go as planned.

Before Drake and his wife Renee Michelle were going to start, R-Truth suddenly appeared out from under a room service cart, much to the shock of Maverick. R-Truth went for a pin on the floor but Maverick kicked out. However, R-Truth finally got the three count when he pinned him on the rose-covered bed.

Drake then went after R-Truth and so their marriage consummation did not happen. Maverick will now be busy going after R-Truth’s WWE 24/7 Title.