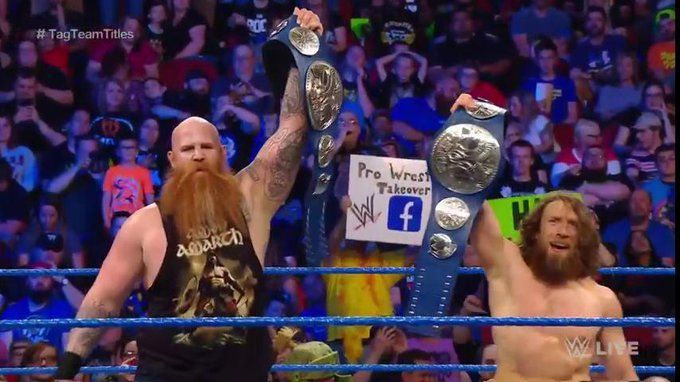 Daniel Bryan dropped his WWE Title to Kofi Kingston at Wrestlemania 35 and then had to take time off as he suffered an injury. He made his return this past week on Smackdown Live.

He wrestled twice this week. He was unsuccessful in getting back the WWE Title on RAW, but he was able to capture the Smackdown Tag Team Titles alongside Erick Rowan on Smackdown Live.

Brad Shepard said on Oh, You Didn’t Know that a likely reason for Bryan being put in a tag team as so that he can take it easy and doesn’t have to compete in a more dangerous environment, as he can make Rowan carry the load a bit.

“So Daniel Bryan and Rowan win to give Daniel Bryan a rest I mean we can only presume he’s obviously coming off of neck and back injuries where he had a little time off and they put him with Erick Rowan who is a very large man, but also, very boring then you know it allows him to work those matches and get less physical and obviously that’s healthy for him right now.”

Bryan just came back from an injury and WWE doesn’t want to risk aggravating the injury again. So it might be a good idea to keep Bryan in a tag team situation.

It will be interesting to see how Bryan and Rowan fare as the Smackdown Tag Team Champions.