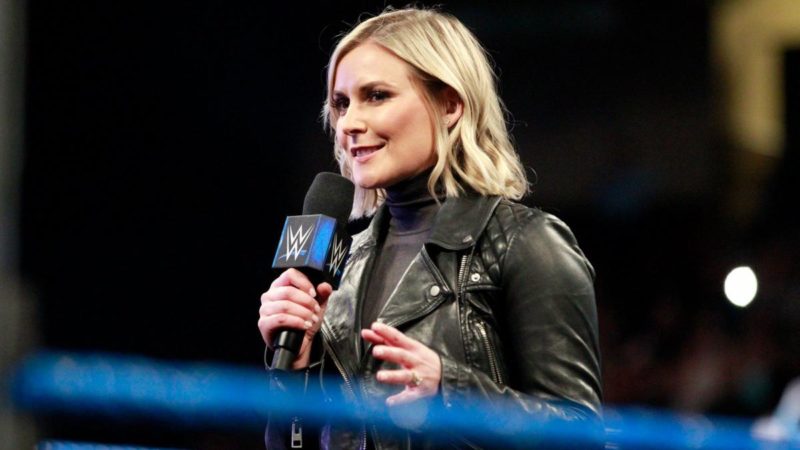 Renee Young ended her 8-year long tenure with WWE last month after the SummerSlam PPV and her decision to leave the company surprised many.

A lot of people wondered if Young had any problems backstage or if she chose to leave the company to join her husband Jon Moxley in AEW but in a recent interview, she explained the reason for her call in detail.

On the latest episode of Sunday Night’s Main Event podcast, the former WWE star explained that she had done everything she could in WWE and it felt that she had hit her ceiling in the company:

“I’ve been there for eight years and I kinda did everything I could possibly do. I felt like I was bouncing around and continually trying to carve this path out for myself and I feel like I hit my ceiling, my strength is being a TV host and as I’ve realized more and more that after doing commentary for a year plus, that was really rocky for me. I didn’t enjoy doing it and then not really having a solid role on SmackDown when I was listed as being a Special Contributor, whatever that’s supposed to mean. Then that never actually turned out to mean something.”

Young continued by saying that she felt the company did not know what to do with her either. According to the female star there was nothing for her to do in WWE and she didn’t want to waste any more time:

“I felt like they didn’t know what to do with me either. Just having me on TV and doing backstage interviews again felt like a step back and there was just nowhere for me to go. There was nothing for me to do anymore especially when Backstage got canceled with FS1. I was really enjoying doing that and I’m gonna still be doing stuff with FOX going forward so that’s really cool. I feel like I had checked all of the boxes and I turned over every card that I could there. I didn’t want to waste any more time. I’m about to turn 35 and I’ve done a bunch of stuff there so it’s time to move on. If I wanna keep growing and getting better and finding a bigger platform to be on, I felt like that wasn’t the place to do it anymore.”

While there have been obvious rumors of Young joining AEW after her WWE departure, reports suggest that she a serious non compete clause which stops Renee from making an appearance for another wrestling company for a year.