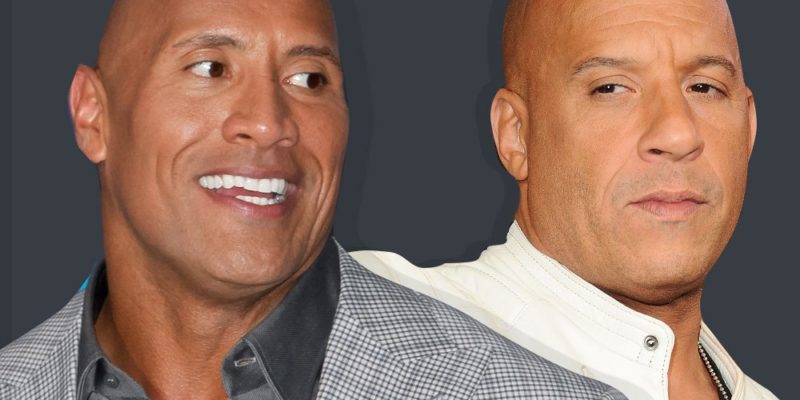 Last August The Rock made an Instagram post indicating that he and Fast And The Furious co-star Vin Diesel aren’t getting along all that well:

“My female co-stars are always amazing and I love ’em,” Johnson wrote. “My male co-stars however are a different story. Some conduct themselves as stand up men and true professionals, while others don’t. The ones that don’t are too chicken s–t to do anything about it anyway. Candy asses. When you watch this movie next April and it seems like I’m not acting in some of these scenes and my blood is legit boiling – you’re right.”

ET Online recently spoke with Rock and Diesel at the red carpet premier of the latest installment of the Fast And The Furious franchise, The Fate Of The Furious, this past Saturday (April 8, 2017). Rock had this to say about he and Diesel’s relationship now:

Diesel’s comments indicated that he and Rock are now on good terms:

“In my house, he’s ‘Uncle Dwayne,’ and I’m proud of that,” Diesel said. “We still love each other, that’s my boy. When I was making that difficult decision, should there be an 8 or not, I called [Johnson] and he said, ‘Brother, I will be there shoulder to shoulder with you to make sure it’s the best movie in history.’ And he delivered.”